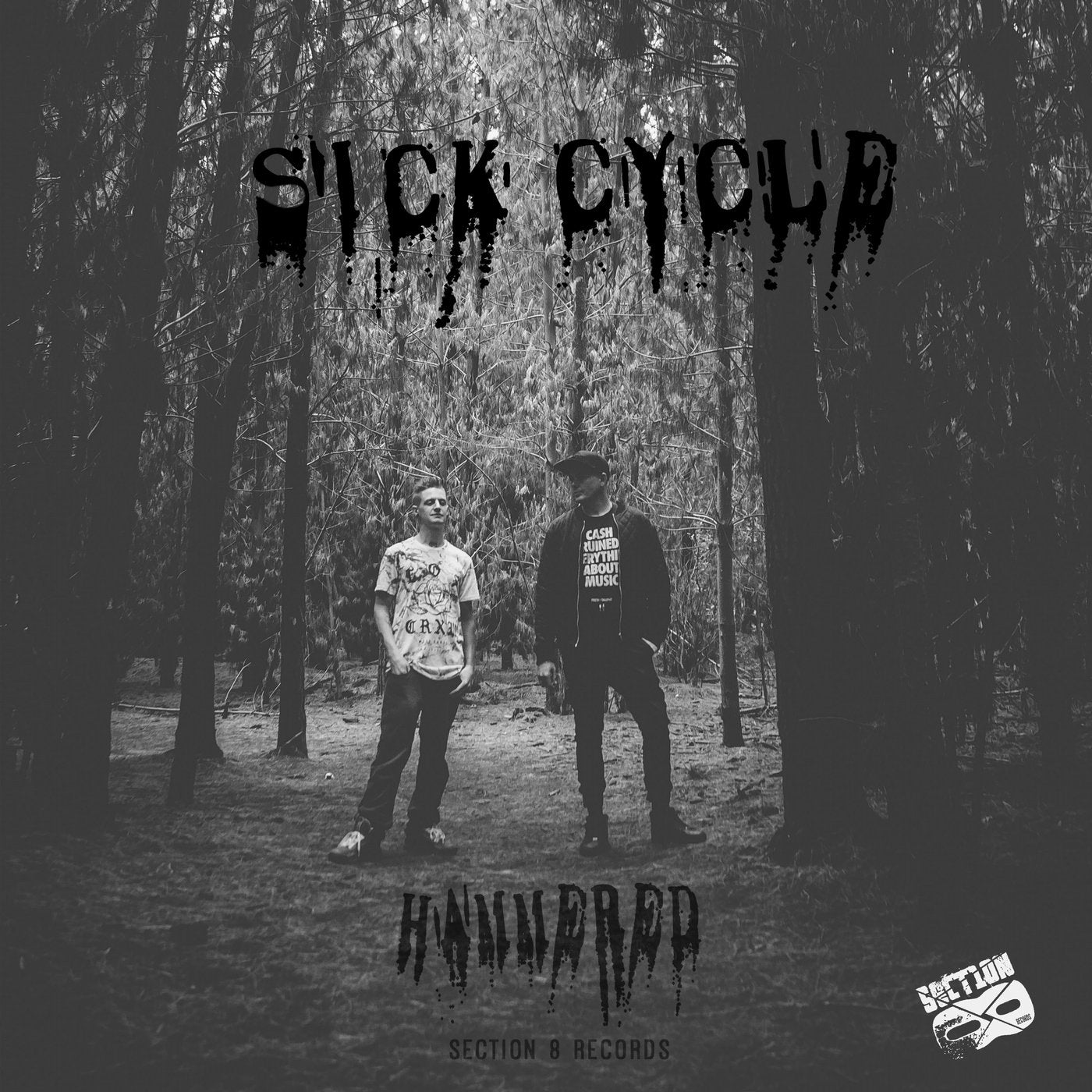 Sick Cycle's Westy and Levon return with a classic tech-step sound on this massive 17-track LP of Drum & Bass, entitled 'Hammered'. In this release they've collabed again with New Zealand talent including Woody, who is new to the Section 8 roster, and also including JabZ MC who was featured in the previous 'Back to Basics part I' track released in 2016 and 2015's New World Order' vinyl release. This LP represents a culmination of styles with the signature dark and gritty feel that Sick Cycle brings to the table. This release comes just after their recent single 'Deep in the Woods' which hit digital outlets in January. 'Hammered' is set to land on all digital outlets on May 1 with a release party in Christchurch now in planning.