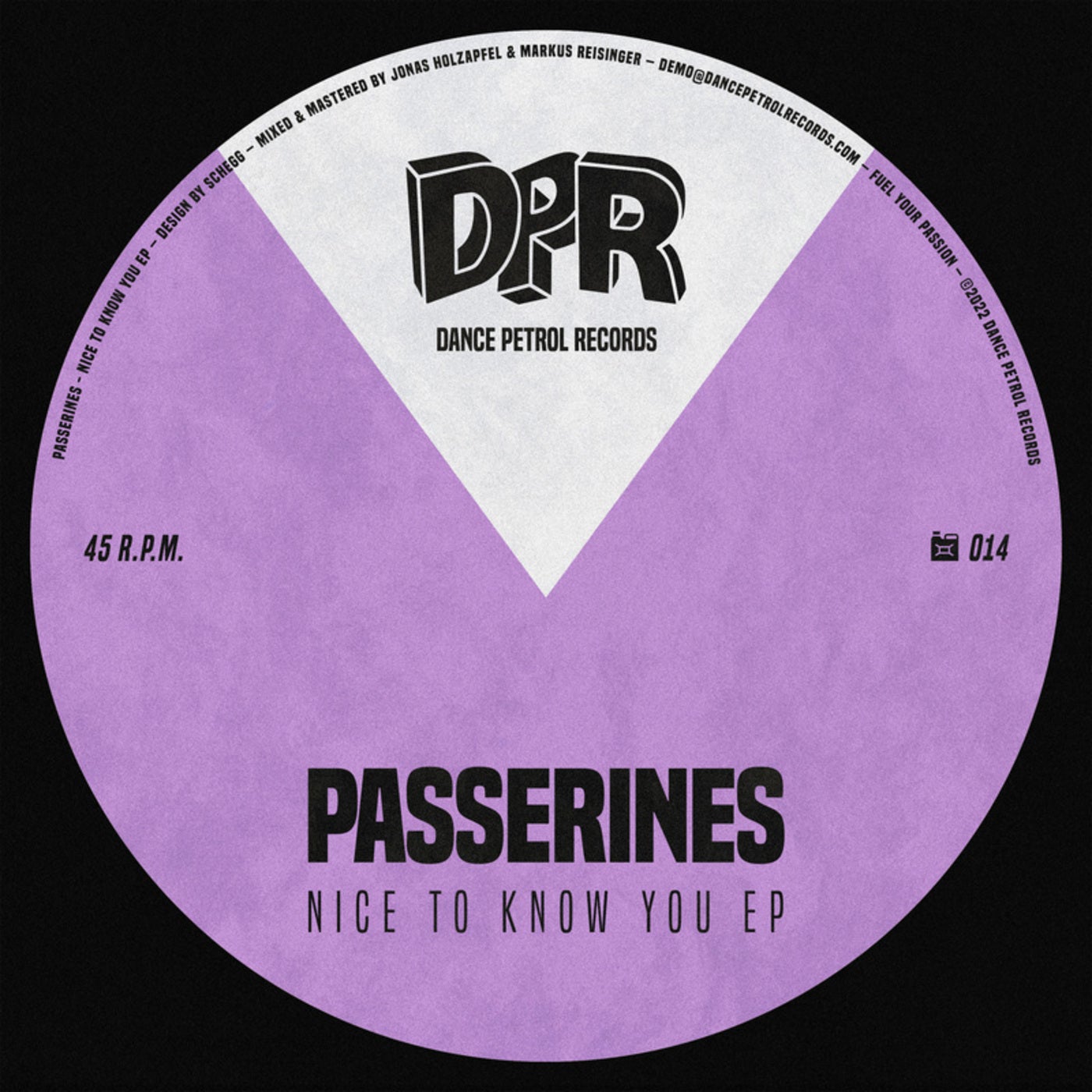 Straight from the south coast of UK to Munich, Daniel Landi joins Dance Petrol Records with three club ready cuts! Already proving himself on W&O Street Tracks, he goes into full throttle delivering the EP Nice To Know You on the german imprint. Kicking off with the title giving deep house anthem, Nice To Know You sets the tone of the EP with crunchy drums, complex synthetic sounds and joyfull vocals! Seamlessly going between the sounds, weaving it together into a captivating soundscape that just keeps on evolving! Going even deeper with the second cut, Is It Wrong To Be Hopeful, organic drums and dubby efx join the game. Some joyful call and response between the already established arps and a cheeky basslines pulls you even further into Passerines sonical realm, peaking with synthetic frenzy in the breakdown, leaving you absolutely no room to escape!
The third and last track Stitched To Fabric, closes off the EP and goes straight to business where the other two tunes left off. Building on a base of plucky bassline sounds, sneaky vocal bits and stereo shenenigans on the chords, Passerines just keeps on adding new bits to the soundscape, masterfully crafting a complex sonical picture, to close off the package of pure house goodness to:

Nice to Know You