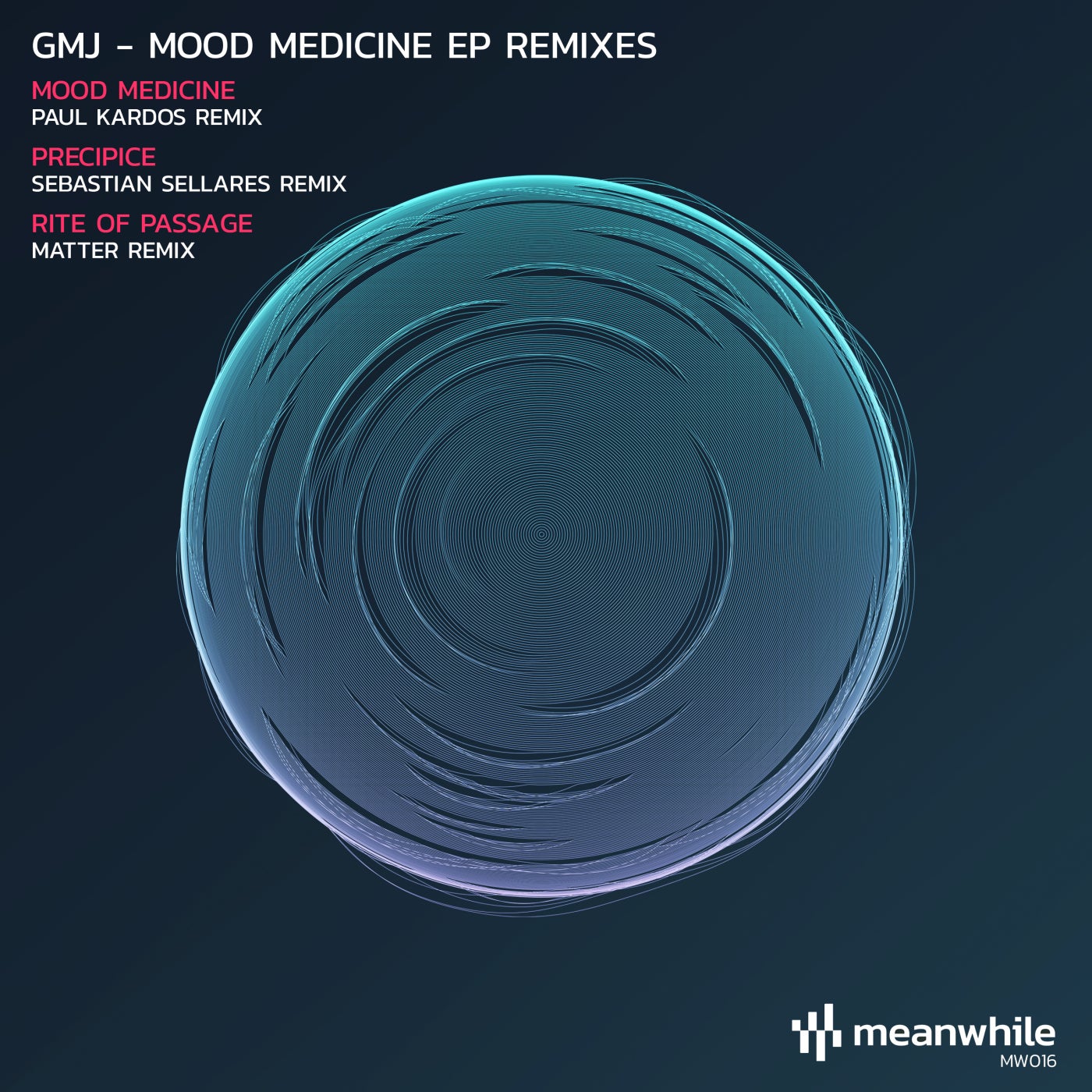 An artist with a rich array of music to his name, Paul Kardos has seen his work featured on such esteemed imprints as Balkan Connection, Soundteller Records and Darin Epsilon's Perspectives Digital. Making his Meanwhile debut, the Hungarian artist impresses with a deep and powerful reworking of the title track. Intelligently making use of original components central to GMJ's original, a glorious new melodic theme flows across "Mood Medicine" in sparkling fashion. Redolent in reverb and delay, sonic textures cascade across the left/right spectrum as new arpeggiated sequences and counterpoint phrases emerge in the third movement. A heavy beat and effervescent percussive groove add further to a powerful statement of intent from the Paul Kardos studio.

Fresh from the success of his "Dunes at Dawn" EP on Meanwhile, Sebastian Sellares has been at the vanguard of a fresh and modern progressive house sound since a debut for PHW Elements in 2018. Going on to see his music signed to UV, Or Two Strangers and Proton Music, his "Zen State" EP for the latter was a notable highlight in October 2020. Returning to Meanwhile, the Sebastian Sellares remix of "Precipice" oozes class as the familiar bouncing bassline and central melodic theme of the original envelope the listener. Building with ease, white-noise effects pulsate gently alongside a rolling groove and deep resonant kick as melodic sequences filter into sonic range, highlighted by a stripped back and spine-tingling breakdown.

Matty Doyle needs little introduction with his Matter production pseudonym. A regular across the finest underground dance imprints from Cid Inc.'s Replug to Roger Martinez's Higher States and the renowned Balance Music, the Melbourne resident continues to dine at underground dance music's top table with an inimitable blend of "deep synth lines, driving bass and pulsating rhythms". November 2020 saw Matter debut on the Meanwhile imprint with his "Amanita" EP as he now returns to remix his friend, production partner and label co-owner. Reworking "Rite of Passage", a trademark smorgasbord of rich and evocative soundscapes wash over the listener as glistening melodic lines flow enticingly atop. A chorus of effects pan the stereo spectrum in dizzying glory as themes inherent in GMJ's original reveal themselves with ease. The result is another masterpiece of sonic seduction from the Matter studios.