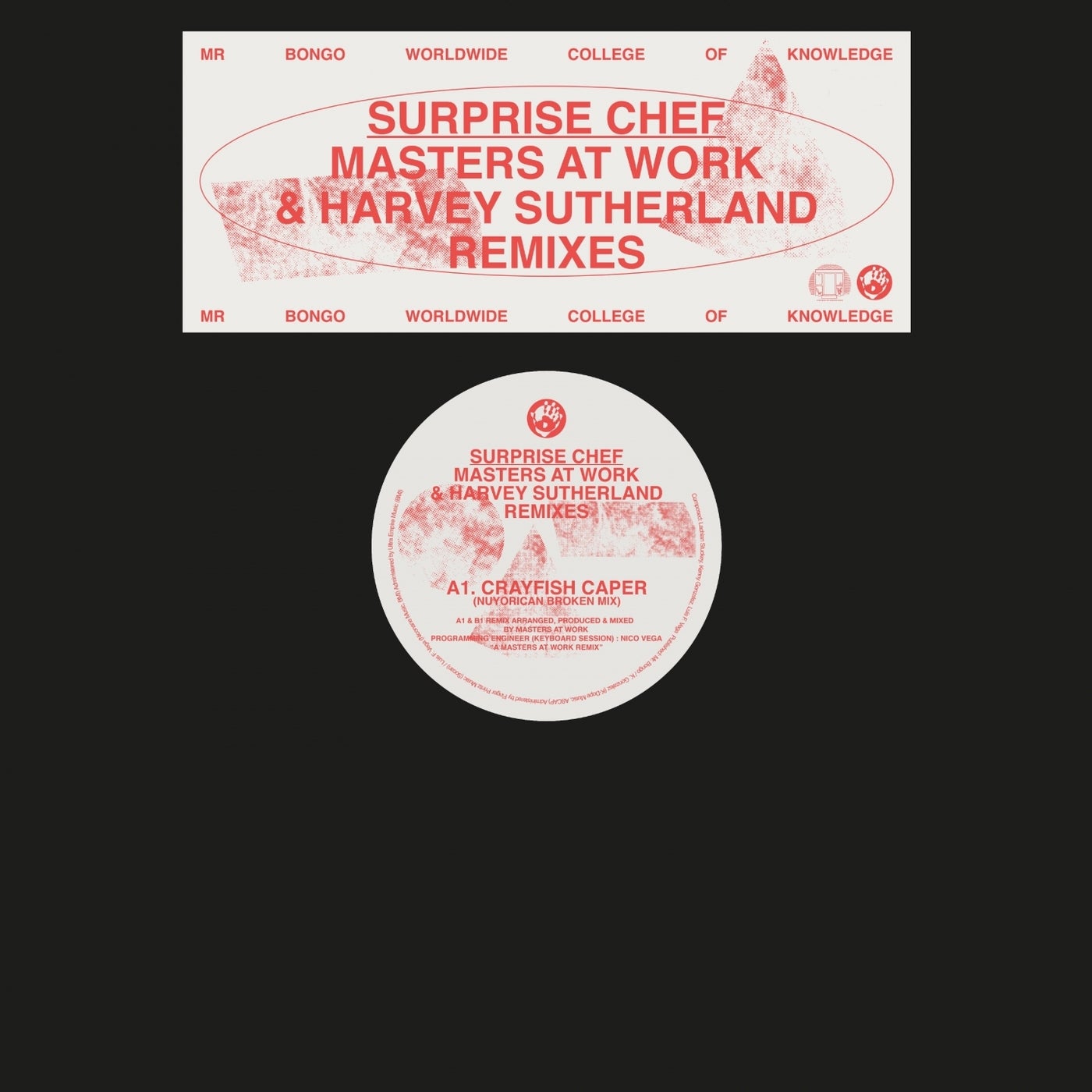 At the vanguard of Melbourne's bustling underground music scene you'll find Surprise Chef. A band very much on the rise, who with two exceptional albums under their belts, are picking up a rapidly swelling fanbase across the world. Working out of the College of Knowledge stable (their home / studio / record label namesake), the band's take on instrumental cinematic soul and funk has connected with listeners across multiple scenes and genres. Their intoxicatingly laidback sound, which pairs expertly crafted hooks with a seriously funky, watertight rhythm section, has earned them a wide appeal and made their tracks ripe for interpretation.

When floating ideas for potential remixers, two names came to the fore, Masters At Work and Harvey Sutherland. MAW have a long history with Mr Bongo having remixed the Brit-funk classic 'Dancing In Outer Space' by Atmosfear for the label in 1997, and releasing the original track, 'Brazilian Beat' in 2000. With their studio collaboration now back in full swing, it was the perfect time to inject the MAW magic back into the label. They picked 'Crayfish Caper' from the band's first album 'All News Is Good News' as their choice of track to remix. The 'Nuyorican Broken Remix' sees MAW stepping into their Nuyorican Soul guise. A Latin shuffle meets an afro-beat rhythm and some very chunky broken beats, which all underpins an infectious melody constructed around the original track's bassline. They pair this with horns and synths that add a flourish and reveal new layers as the track develops. It's a sound that is uniquely Nuyorican Soul and a welcome return for fans of this aspect of their phenomenal output. The 'Masters At Work Remix' is straight up vintage MAW in House mode. It takes many of the same elements found in the 'Nuyorican Broken Remix' and points things in a House direction. It's 4/4, but the beats have that Kenny Dope trademark swing. Tough, but oozing soul. Add to that heavy bass, vocal cuts, fierce horns and saxophone, layered synths, and that undeniable MAW bounce.

Rounding off the package is the remix from Harvey Sutherland. Having made international waves since 2013 with his unique take on dance music, Harvey has long been on Mr Bongo's remix radar, but until now we hadn't managed to get that ambition over the line. This time around the stars aligned perfectly. Surprise Chef and Harvey Sutherland are both Melbourne residents and they had already been working on projects together. The band set things up and Harvey chose to remix 'New Ferrari' from their latest album, 'Daylight Savings'. His take on the track sees things venturing into dubby-disco territory. A dreamy, cosmic, bass-heavy, sweeping synth-led workout, that retains yet reinterprets the catchy-as-hell hooks from the original track. A roller with serious muscle!