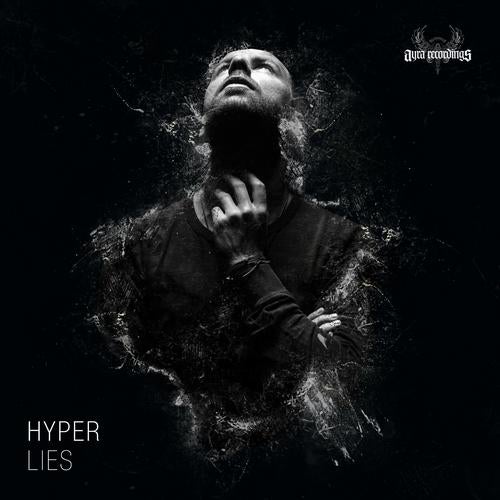 Emotional, Driving, uncompromising are all words to describe the latest (and probably greatest) album to leave the Hyper studio, Lies. Known for big production, a liberal use of live bass, guitars and uncompromising vocals, the last decade has seen Hyper go from tearing up clubs and festivals all over the world to scoring tracks for Hollywood trailers, TV and video games as well as remixing for some of the worlds biggest artists.

Two and a half years have passed since Hatfields last outing under his Hyper moniker (the award winning cowrite Lights with Beatman & Ludmilla) and those years have not been easy ones.

This, however, does not mean the album is introspective or self indulgent. Far from it! Personal difficulties have ensured that Lies has pushed the Hyper sound to new levels and helped Hatfield find a new focus for his material. From album opener Clockwork, which drifts from ethereal intro and metronomic ticking clock into a full force, relentless techno inspired, distortion filled juggernaut of a track to the epic, contemplative orchestral maneuverings of Take Me Away, this album is an outpouring of heart and soul.

Once again, the album features a raft of talented vocalists. LA based Neil Ormandy adds depth and soul to the Hyper stylings of Out Of Time and Take Me Away and an almost Trent Rezner-esque energy to Controllin Me. NY rapper Shirt spits venom over the energetic punk electronica of Live Forever while Robert Shields adds a stunning top line for the albums most commercial track by far, Heartbeats. The album also sees Hyper successfully team up again with Beatman & Ludmilla for standout dancefloor cut, 'Breed', which has been wowing festival crowds when road tested over the summer!

Lies is already making its mark where the Hyper sound always has To picture. The title track has just been broadcast on the final season of CSI:NY ,Live Forever features on the new Need For Speed game, Clockwork on the forthcoming Gran Tourismo release and Take Me Away has been requested for use on the trailer to massive new Fox US TV show Almost Human by JJ Abrahams and Bad Robot (Star Trek).

To top this off, the completion of Lies and the direction of some of his other work has inspired a follow up album. This will see 8 of the 10 tracks reinterpreted with orchestration. Picking out sound design, String and key feature elements of the album tracks, collaborator and composer Chris White has teamed up with Hatfield to Remix them in an entirely new and innovative way adding beauty and even more depth to the material. Symphony Of Lies will surface in early 2014.