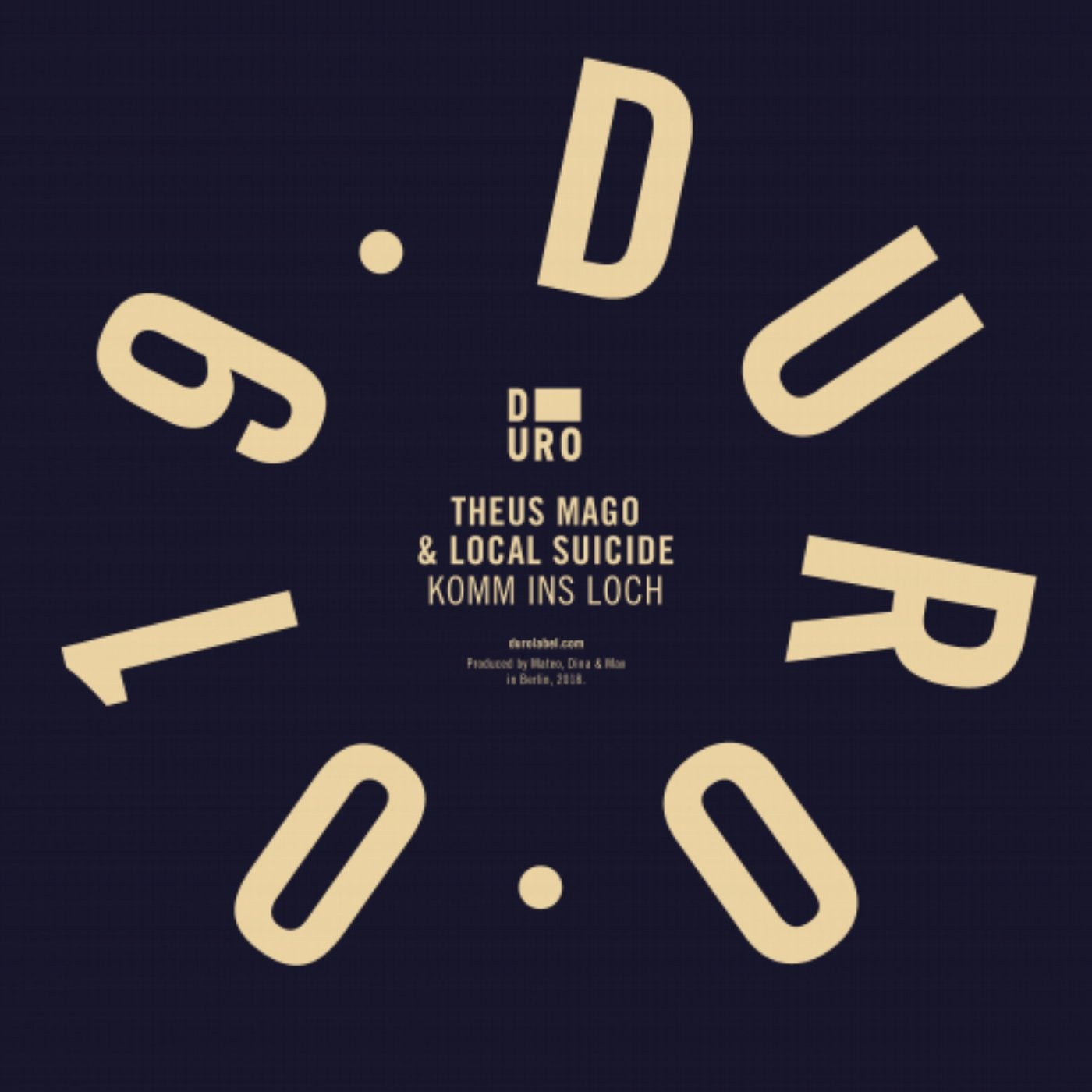 After a fantastic solo single in late 2018, Theus Mago is back with more club heat, this time in collaboration with the Local Suicide duo on his own co-run Duro label, while Aera and Colossio remix.

Theus Mago is the alter-ego of established Mexican producer Mateo Gonza'lez. Responsible for projects such as Bufi (Kitsune'/Discotexas) and Sonido Fantasma (Turbo Recordings) he has a deeply expressive, freeform sound that mixes darker moods with beautiful synths. After releasing a series of EPs inspired by Philip K. Dick's Ubik, he now works with Berlin-based DJs and real-life couple Max Brudi (Munich) and Vamparela (Thessaloniki) who have been collaborating and making waves together since 2007. The pair has found success releasing on Canada's My Favorite Robot Records and Multi Culti, and San Francisco's Roam.

The excellent lead single has lyrics translated from German to English as 'Come Into The Hole'. This double entendre can be taken as the never-ending vortex of deep space, as well as the dark recesses of underground clubs, which is where the track will resonate. It has sparkling keys and droning synths laid over big rubbery kicks. Post- punk vocals bring a dark energy and slight EBM feel as the jacking percussion drives it along and gets the floor in a sweat.

The first fantastic remix comes from Aera, who has recently released his own album 'The Sound Path' on Permanent Vacation. With a heavy hand on the filter, Aera removes most of the sparkling highs of the track in favour of its more foreboding frequencies. His remix was one of the highlights at the Innervisions Off Sonar Open Air event, during A'me's back to back set with Dixon and at Tomorrowland during Solomun's set. On the flip side, Colossio's vital interpretation of the track is brighter, as the Mexican artist who recently made a debut splash with his four track EP 'Moto' on Calypso Records, enlivens and accentuates the vocals, making for something that is fresh and arresting.

This is another excellent release from this young but essential and rapidly growing label.