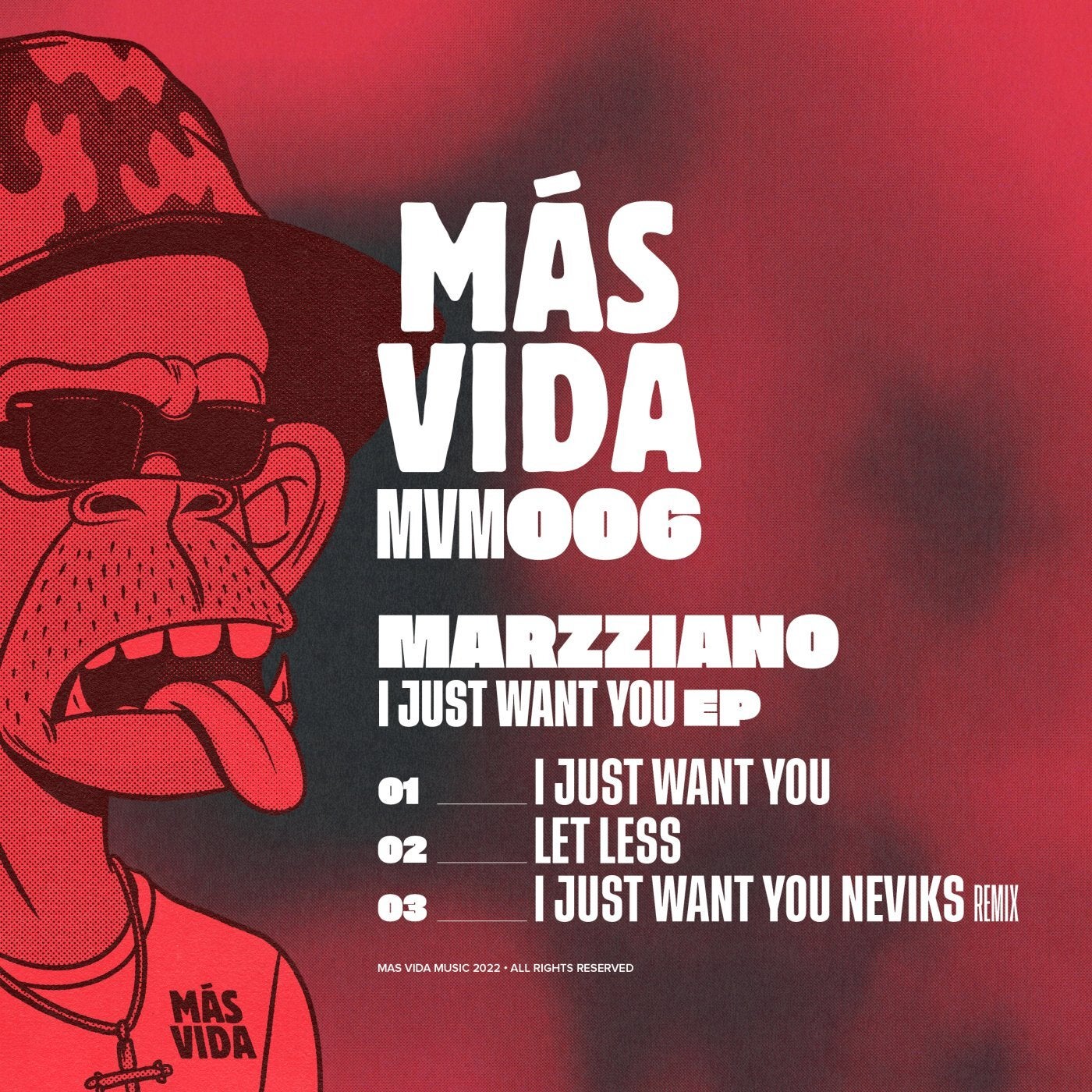 Malaga-based talent Marzziano makes a stunning debut on Más Vida Music with two original cuts accompanied by a remix from Neviks on 'I Just Want You'.

Spain's Marzziano is quickly building quite an impressive catalogue of releases via some of the industry's most respected imprints, including MUSE, Aparenzza, VIVa Limited and now UK-based label Más Vida Music, where he makes an impressive debut with 'I Just Want You'.

Opening the release, title track 'I Just Want You' dives straight into a catchy flurry of chunky drum grooves and cadent percussion. The addition of a quirky bassline melody, glitchy fills, cleverly placed vocal licks and subtle harmonics further bolster its funky persona, making it a certified vibe-builder from the off.

'Let Less' comes next, offering another bottom-heavy hip-shaker. Solid beats and shuffled hat sequences add punch and swing to the mix, whilst plucked synths and rich pads bring an attractive musicality alongside a catchy vocal hook and endlessly playful FX and fills. This one is nothing but groovy from start to finish.

London's Neviks rounds off the release with his spin on 'I Just Want You', delivering a deepened twist on the original cut. Filled with weighty basement flavours and soulful influence throughout, it's clear to see why he's firmly on the radar of some of underground House music's finest labels, including none other than Josh Butler's esteemed Origins Rcrds.

I Just Want You