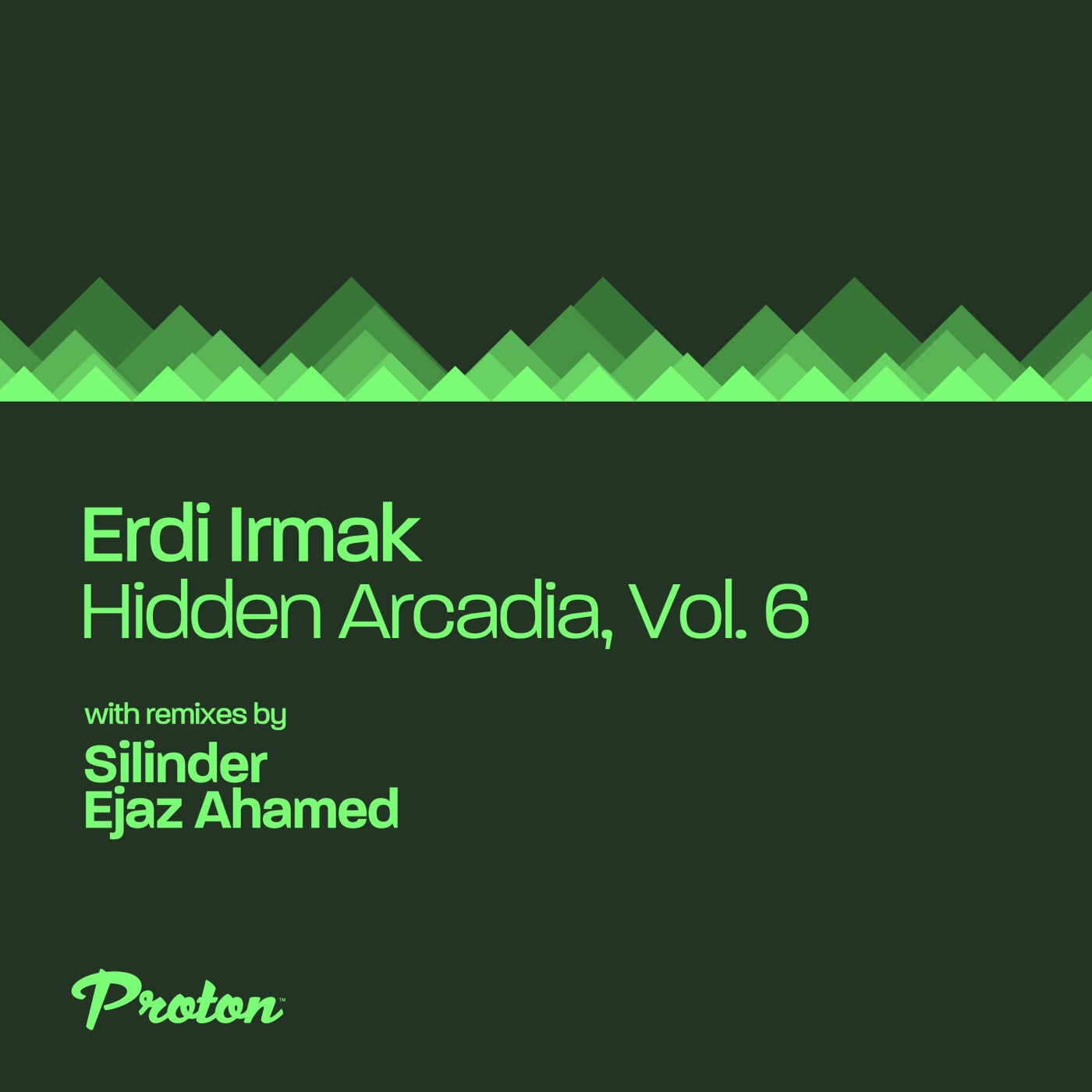 In December 2018, Erdi Irmak embarked on another chapter in a successful music career with his "Hidden Arcadia" series on Proton Music. Fast forward to 2021 and the talented Turkish artist presents the sixth incarnation of the series with three new original tracks and a pair of remixes from Ireland and UAE based artists making up "Vol. 6".

"In Depth" is a typically impressive opener as a delicate percussive structure creates a central pillar from which smooth melodic branches grow organically around it. Gently pulsating pads add depth as an enveloping melodic trope creates a warm sonic blanket. "Far Apart" immediately showcases Erdi Irmak's trademark groove as a laidback rhythmic foundation replete with crunchy bass and rolling beat, paves the way for free-flowing melodic lines to meander across the 8-minute piece. Textured pads and white-noise effects complete a powerful narrative. The third original track sees "Around the River" delight with an intelligently worked cadence rippling across proceedings before syncopated synth phrases sit in perfect harmony. Developing with ease, a breakdown crescendo creates the sonic environment for the second half to become a hypnotic organic house triumph.

There are few more iconic names within the underground dance fraternity than, Silinder. Able to point to a plethora of Proton Music releases that include 2012's "Corrupt", 2013's "Solas" and 2014's "Basement", a clutch of remixes for the likes of Oliver Lieb, Derek Howell and Andre Sobota are now followed by a standout interpretation of "Nowhere Land". Originally part of "Vol. 5", the Silinder remix immediately impresses with its innovative use of melodic themes resonant in Erdi's original as a relaxed groove flows out of the 8-minute track with a hint of Lemon Jelly evident. Over an evolving sonic landscape, evocative chord progressions and the vocal cut central to the original, create a rich tapestry of sound woven to an expert conclusion in the second half to create a dynamic and colourful picture.

An artist who has seen his reputation grow steadily over the past 18 months, Ejaz Ahamed has seen a select crop of releases feature on the likes of Stellar Fountain, Perspectives Digital and OLD SQL. A quartet of remixes for Particles, not least in November 2020's reworking of Juan Deminicis' "Synchronicity", now sees the rising Dubai star make his Proton Music debut with a glorious reworking of "The Floating Bridge of Heaven". Originally appearing on "Vol. 4", the Ejaz Ahamed remix opens with strong framework of heavy beat, straight hi-hats and cavernous bassline. Unconstrained by the rhythmic backdrop, melodic motifs from the original float delicately in hypnotic patterns in juxtaposition to a rising filtered bass sweep. The result is a glorious combination of traditional dancefloor structure and unencumbered organic melody.