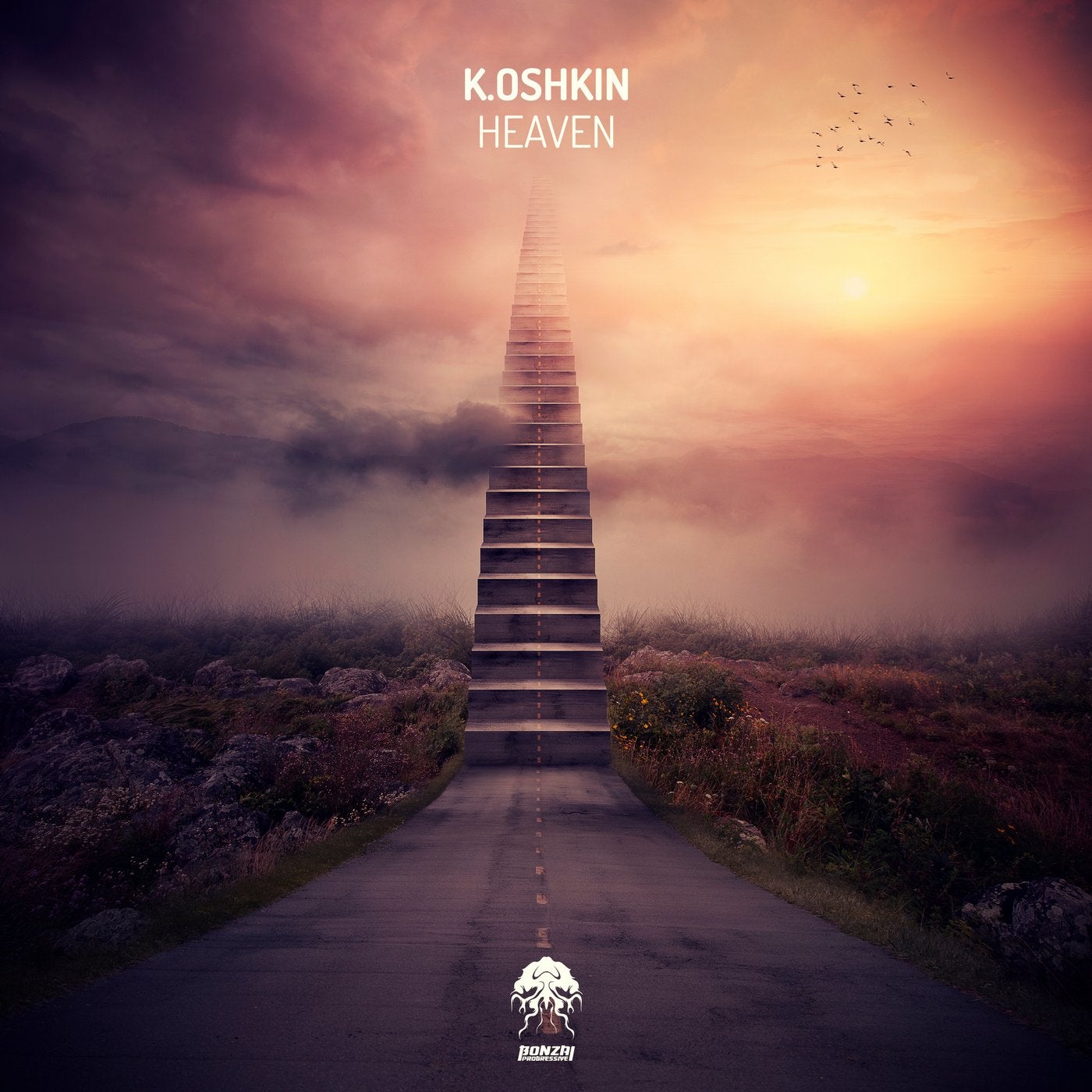 K.Oshkin aka Konstantin Oshkin returns to Bonzai Progressive with the fantastic Heaven which comes packed with three solid remixes. His last outing - Assol, charted very well indeed and this new slice continues his relationship with Ewan Rill and Following as they provide the remixes once again alongside BP newcomer Federico Monachesi. K.Oshkin has racked up an impressive discography that focuses in on quality progressive sounds. His work has been released on various labels including Incepto, Sleepless Nights Recordings, Inmost Records, Aeriform Records and Balkan Connection to name just a few. On top of that he has worked with a raft of top producers including, Matt Holliday and Jonnas B among others. The Original Acapella Mix intros with a complex arpeggio made up of melodic synths to the backdrop of crispy hi hats a nice subtle kick drum. The opening arpeggio is joined by more intricate sequences that cascade beautifully creating a kaleidoscope of colourful sound. Soft vocals and creative FX add a rich layer to the groove that captivates the mind. A wonderfully crafted slice that takes you on a magical journey, not to be missed. We welcome back Ewan Rill aka DJ and producer Ivan Romanovskii to the remix desk where he once again blows us away with his brand of progressive vibes. Over the years Ivan has been perfecting his skills at numerous dance floors starting with his native Siberia, Moscow and now in Saint Petersburg. His experience was based on the influence of professional musicians from all across the planet, artists like Matt Darey, Ronski Speed, Ferry Corsten, Sander Van Doorn, Rank 1, Dash Berlin, Sied Van Riel, Signum, Daniel Kandi, Kyau & Albert, Supafly, Ian Carey and others. Having worked with several genres Ivan has decided that Ewan Rill will focus on progressive house as his main style of music, adding more and more deep sounds. Here Ewan takes us on a deep progressive journey filled with his trademark grooves. Solid beats lead the way alongside a superb edgy bassline while an array of melodic layers are built up. You soon find yourself totally immersed in this one and not wanting it to end. Top notch stuff that will not disappoint. Federico Monachesi makes his Bonzai Progressive debut with an impressive remix for the floors. Born in Tucuman, Argentina Federico was creating his first mixes from the age of just 13. Soon after he was playing progressive house parties around his home city. In 2006 he began to produce and his sounds caught the attention of top DJs like Hernan Cattaneo, Nick Warren, Nick Muir and Gai Barone among others. He has amasses a huge release count on several labels and remains a go to artist for many jocks. He is currently one of the residents of La Boite (Tucuman). On the remix here we're treated to a fine example of smooth progressive house grooves. A nice and chunky kick drum is joined by shuffling hi hats and a deep probing bassline. A myriad of arpeggio notes create a rich texture in the groove that mesmerizes while a hypnotic vocal whispers along, lulling you into its grasp. Simply beautiful and a definite must have. Ukranian born Kirill Guk aka Following Light returns to BP with another fine remix in the progressive sphere. This guy has remained a constant force in the progressive house world since 2010 having released on a vast selection of labels. Inmost Records, Balkan Connection and Abstract Space are just a few of the labels mentioned but gives you an idea of the status this guy holds. His music features heavily in sets across the globe and he has worked with some top artists along the way. We last got a glimpse of his talents when he teamed up with K.Oshkin on their Melancholia EP on Green Martian. As you'd expect Kirill takes us on a wonderfully surreal trek deep into progressive territory thanks to sublime sequences and mysterious sounds. A tight drum section leads the way as a deep probing bassline rolls through. An array of cascading, twinkling synths blend with more raw, organic sounds making for a very interesting contrast. Definitely one for the late night posse here, not to be missed.