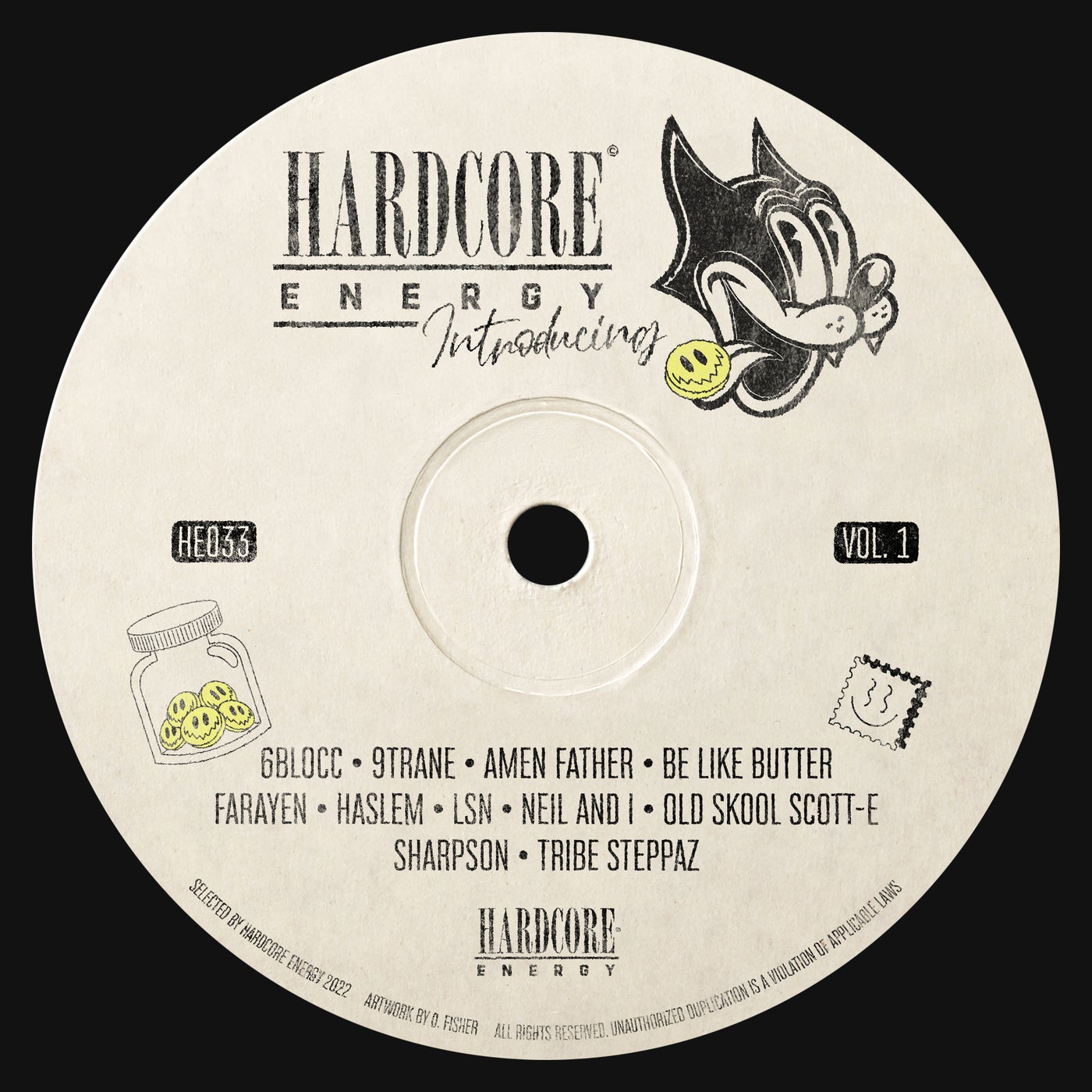 Calling all the rave crew! Put those phones in pockets and get your hands up in the air for the first volume of 'Hardcore Energy Introducing'. Featuring many of the hottest new acts on the scene, this essential selection from the hardcore coalface will transport you back to the halcyon days of the Free Party scene. We're talking pirate radio stations, warehouse raves and 6am dances in the fields to a soundtrack of ominous hardcore beats, euphoric diva vocals and the fiercest of dubbed out basslines.
Highlights include the spacey sci-fi anthem 'NRG' by 9TRANE, Sharpson's dark and heavy ode to 90s breakbeat hardcore 'Rock Up, Knock Up' and the Balearic piano anthem 'Can't Take It' by Farayen. LSN come correct with 'Communicate' which blends modern rave sounds and ethereal vocals, and there are a bunch of other killer tracks from Neil and I, Old Skool Scott-E, Be Like Butter, Tribe Steppaz & 6Blocc, Haslem, and Amen Father. Packed full of nostalgia but featuring the finest of 2022 production nous, Introducing Vol. 1 will have you rolling down the motorway in search of the next rave, like there's no tomorrow and the dance just goes on forever.