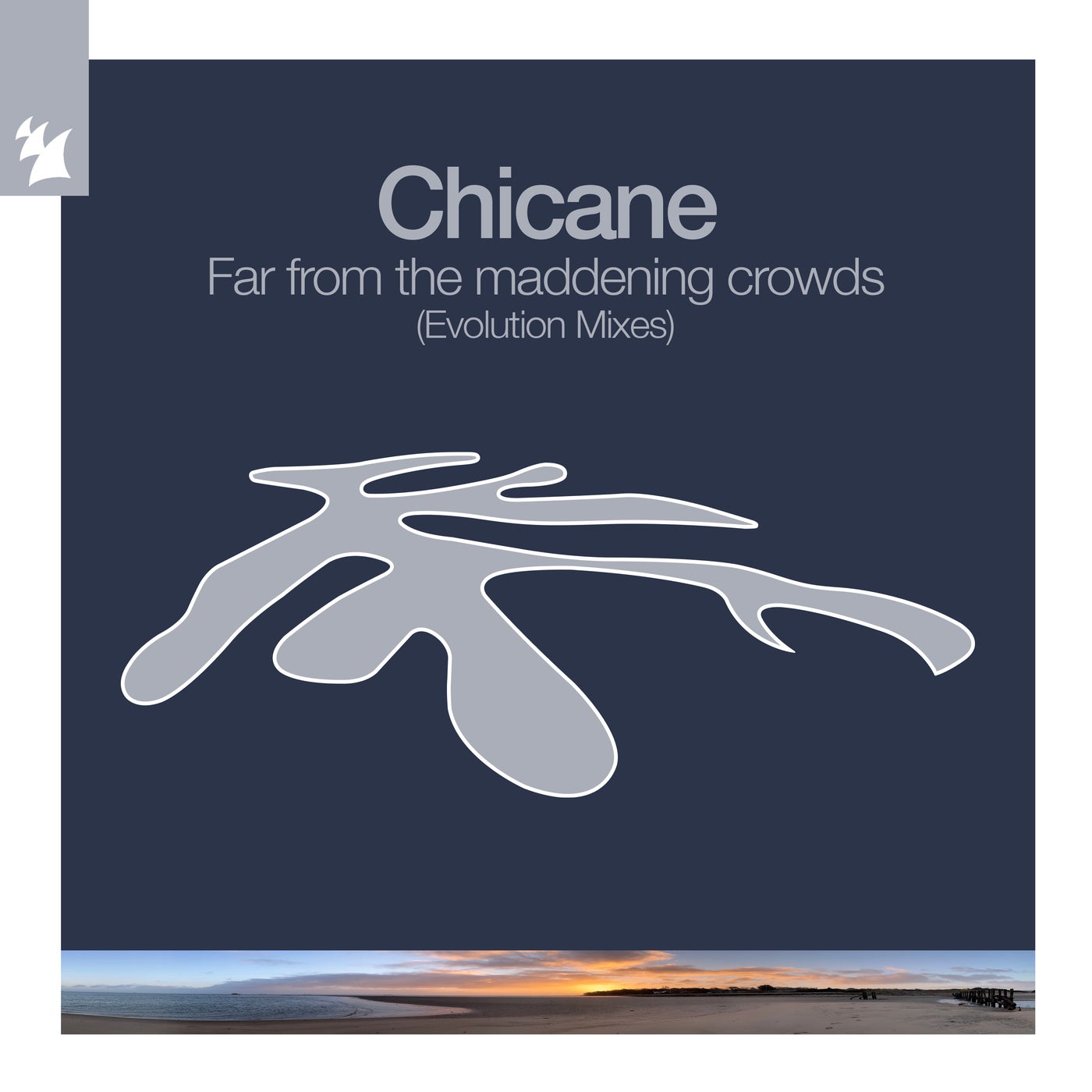 The year is 1997, and Chicane just released the album that would promptly cement its spot in global dance music culture. Seminal to its core, 'Far From The Maddening Crowds' covered a broad landscape of club hits and ambient allure, of night-time sensation and Balearic beauty. Many sat on the rocks outside Café Mambo and watched the sun go down to 'Offshore' or stepped onto the dance floor to embrace the more energetic cadence of tracks such as 'From Blue To Green'. For a brief moment, the world of dance music was Ibiza, and Chicane lent a hand with a collection of anthems befitting each moment and each mood, from the beach to the clubs. And now, the British producer returns to the where it all began for himself and countless of his fans, celebrating the album's 25th anniversary with all new Evolution Mixes of the tracks that impacted the scene so greatly.

"It's like catching up to a friend, and it's weird looking back on something you created so long ago", Chicane says. He'd started to reassess 'Far From The Maddening Crowds' sometime in 2020, and that can be daunting when such an album is replete with influential trance tracks and sunset favorites. "It's mainly because music evolves, like our memories evolve alongside. I was very aware that touching this album, re-recording and reworking it, was going to be tricky. I didn't want to take anything away or add anything unnecessarily into the mix. But all things considered, revisiting my debut album was something I couldn't not do. I had learned so much over the twenty odd years and I had a recall of the Balearic sound seasoned with time and love." And so it began: evolution in its purest form.

Not only does this reworked album offer glimpses of a budding electronic scene on the verge of expansion and heightened global relevance, it also highlights the current and future appeal of records that already stood the test of time. The world of dance music may have evolved since, and the maddening crowds are now embellishing every street corner rather than far and between, but this incredible album update takes the bliss of a pre-2000s Ibiza, stirs in the sound of modern times and finally presents a piece of perfect evolution that won't have any trouble wowing dance music fans until it's become part of the legacy itself.