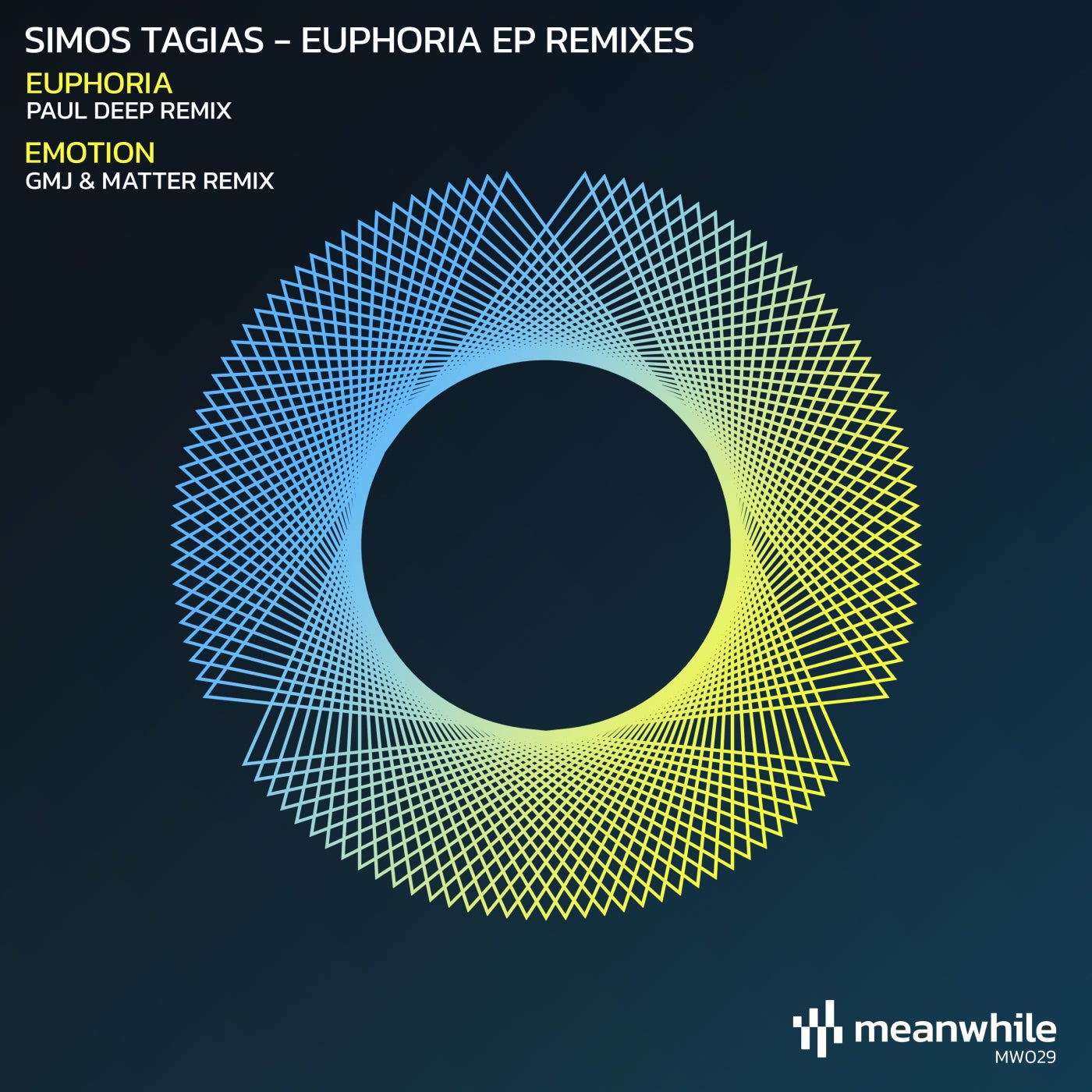 Released in March 2021, Simos Tagias and his "Euphoria / Emotion" created a sublime musical moment, frozen in time. A year later and Meanwhile returns to the EP with a pair of remixes from Paul Deep and label owners, GMJ and Matter.

Plying his trade from an early age as a DJ across the Buenos Aries province, Paul Deep has an innate understanding of the music that moves club-goers. Able to translate this knowledge into the production arena, the Argentinean has had a stream of successful releases on the underground electronic industry's finest imprints. From Tale and Tone and Juicebox Music to The Soundgarden and Sudbeat Music, Paul Deep has continued to see his music supported by the DJ elite. Releasing the "Deeper Dye" EP on Meanwhile in June 2021, Paul produced a quartet of tracks that showcased his skill and craftsmanship, followed by an appearance of "Excursions, Vol. 1" two months later with "Milo".

A debut remix of Roger Martinez in late 2020 is now followed by a typically chunky rhythmic foundation that rolls effortlessly across his interpretation of "Euphoria". Underneath a tight percussive groove, strains of Tagias' central motif can be heard that flow over a subterranean bassline. Building with consummate ease, new melodies and additional production from the Paul Deep production portfolio emerge, making their presence felt at the breakdown. Making intelligent use of the remix components, a dark and seething dancefloor destroyer explodes into life in the second half to powerful effect.

GMJ and Matter need little introduction to the Meanwhile literati. A DJ and production pair at the height of their respective powers, the curation and development of their Meanwhile name has been impeccable. Peppering the release schedule with sparkling original productions and 24-carat remixes, the duo's "Lost on Origin" and "The Path / Perfect Storm" EPs have been notable highlights in the Meanwhile catalogue.

Returning for their second remix after an appearance alongside Paul Deep reworking "80s" from Roger Martinez's "Cosmic" EP, the GMJ and Matter remix of "Emotion" burns brightly with dancefloor energy. Creating a new cadence from Tagias' central melodic progression, shimmering synths ripple out in overlapping waves while pulsating pads drive their interpretation forward with elemental force. New motifs, infused with white-noise, fizz and sparkle as they cascade across the beatless breakdown, held in check by a rolling percussion. Dropping back into a sumptuous bassline synergy in the third movement, haunting vocals and immaculately programmed synth phrasing creates a remix of rare and quality and memorable production euphoria.

Through uplifting remixes from Paul Deep and GMJ and Matter, Simos Tagias has created a new state of ecstasy with his "Euphoria" EP.