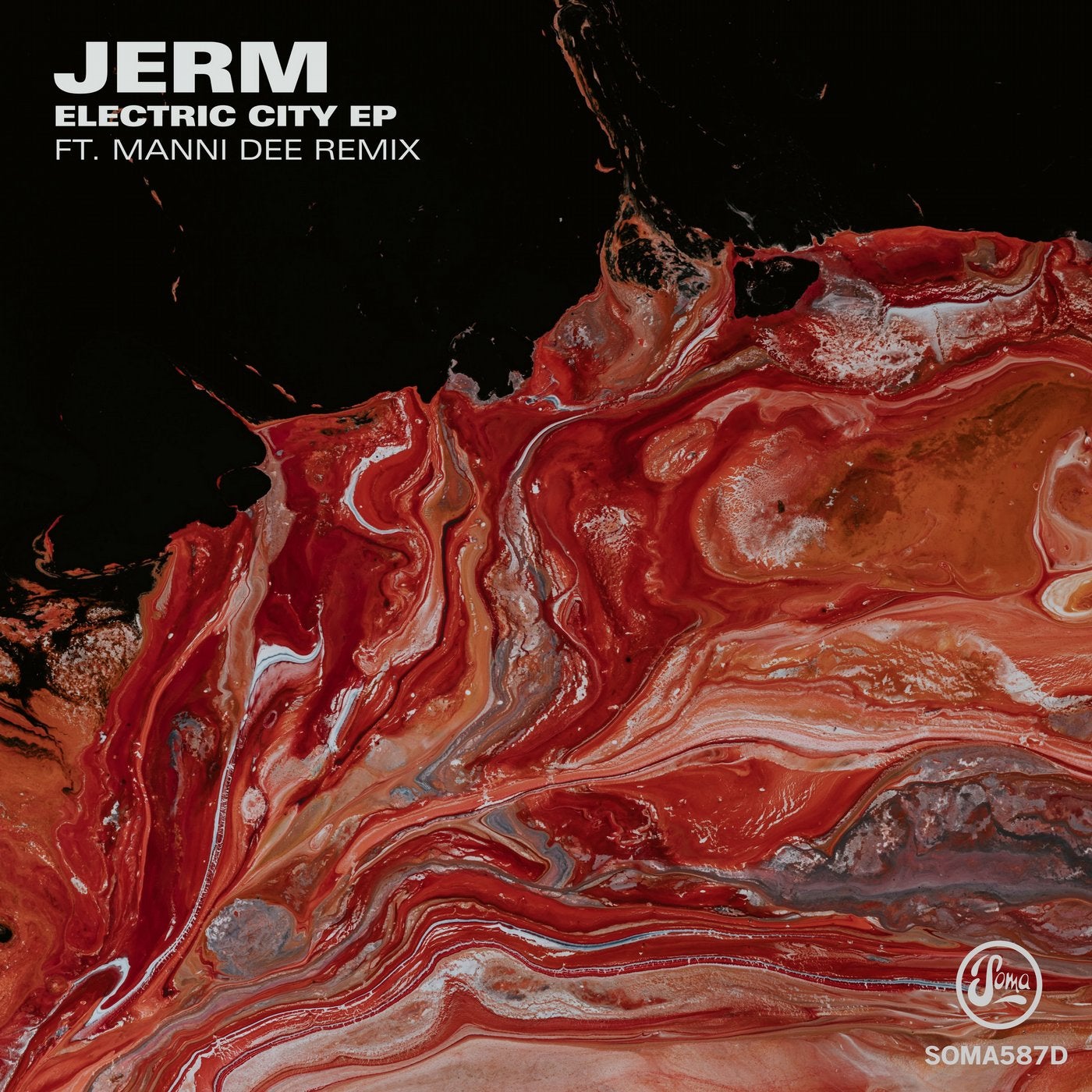 Athens based DJ & producer, Jerm, debuts on Soma with a massive new release, The Electric City EP. A relative new face to the greater Techno world, Jerm is quickly ascending the ranks with multiple hard hitting original productions and remixes which are garnering attention across the board. His debut Soma release sets down strong roots with direct and unrelenting Techno, moving from hard edged industrial sounds, to jacked up 90s flavoured elements. Also appearing for the first time on Soma, in the form of a remix, is UK Techno maverick, Manni Dee.

Control Theory opens the release with powerhouse beats and eviscerating synths and a colossal amount of attitude. Manni Dees remix of Control Theory feeds on that attitude and take it up even more with clear nods to the rapid Birmingham sound. Glass Chinn keeps the intensity flowing with galloping percussion that leads directly into a dark, driving and industrial-esq affair. Maiden Voyage works in more hypnotic elements whilst still retaining Jerms concussive and direct sound. The jacking and funked up vibes of Booze Cruise can be found as a Bandcamp exclusive.