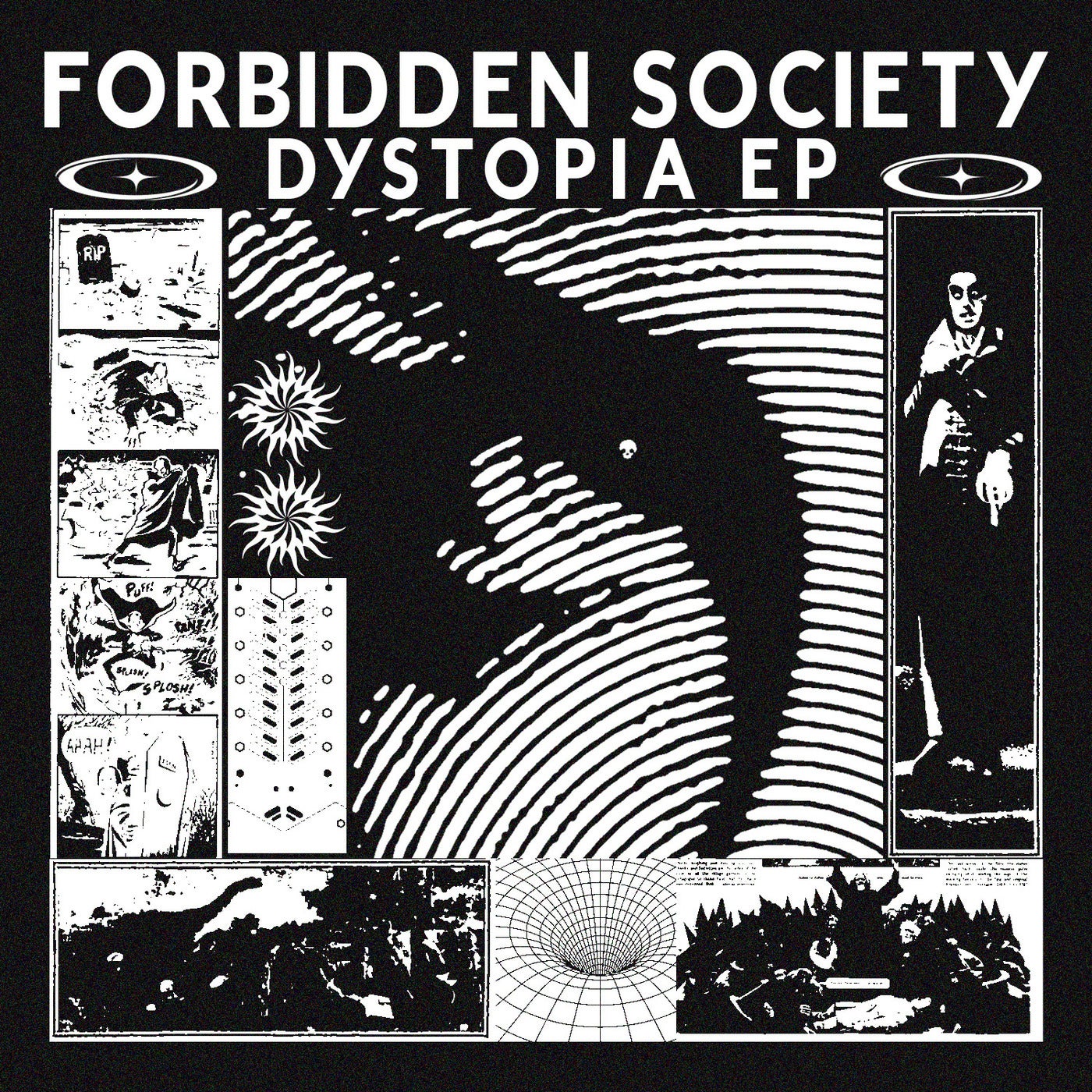 The last release from Forbidden Society was marked by his '[No Return]' LP – a force to be reckoned with, and after he took slight hiatus to collect himself after several ground breaking years. Whether this has included the success of his self-titled clothing brand, or his music which has proven just as popular, his work rate has been second to none. Even during the lockdown period where he was unable to perform to his usual crowd of thousands. But after realigning his audience with both his more minimal, stripped back sounds of his 140 records of his darker drum & bass offerings, his forthcoming 'Dystopia' EP makes new ground once again as he continues on the trajectory of his career.
Also debuting on several other imprints, including Noisia's VISION and RAM Records through his Audio album collaboration, the 'Dystopia' EP sees him refine his sounds on his own Forbidden Society label. The producer's carefully crafted sonics cut through the weighty basses of title-track 'Dystopia', which is followed in quick succession by the more subdued, sweeping atmospherics of 'Distanced'. 'Last Breath' rolls out on top of wooden instrumentals, providing another look into Forbidden Society's intricate soundscape. Then finally, you're brought into the world of 'Trapped' and '0606'. With 'Trapped' being Reminiscent of a grime inspired instrumental but flipped through Forbidden Society's aggressive tuning alongside '0606' with Forbidden Society's 140 stamp, they both breathe new life into an already diverse discography.
With a touring schedule spread throughout Europe, Forbidden Society show his creativity runs deep, whether that's on festival stages or locked down in his home studio. The 'Dystopia' EP is one of many releases to come from the artist this year as produces an even more eclectic back catalogue of work.