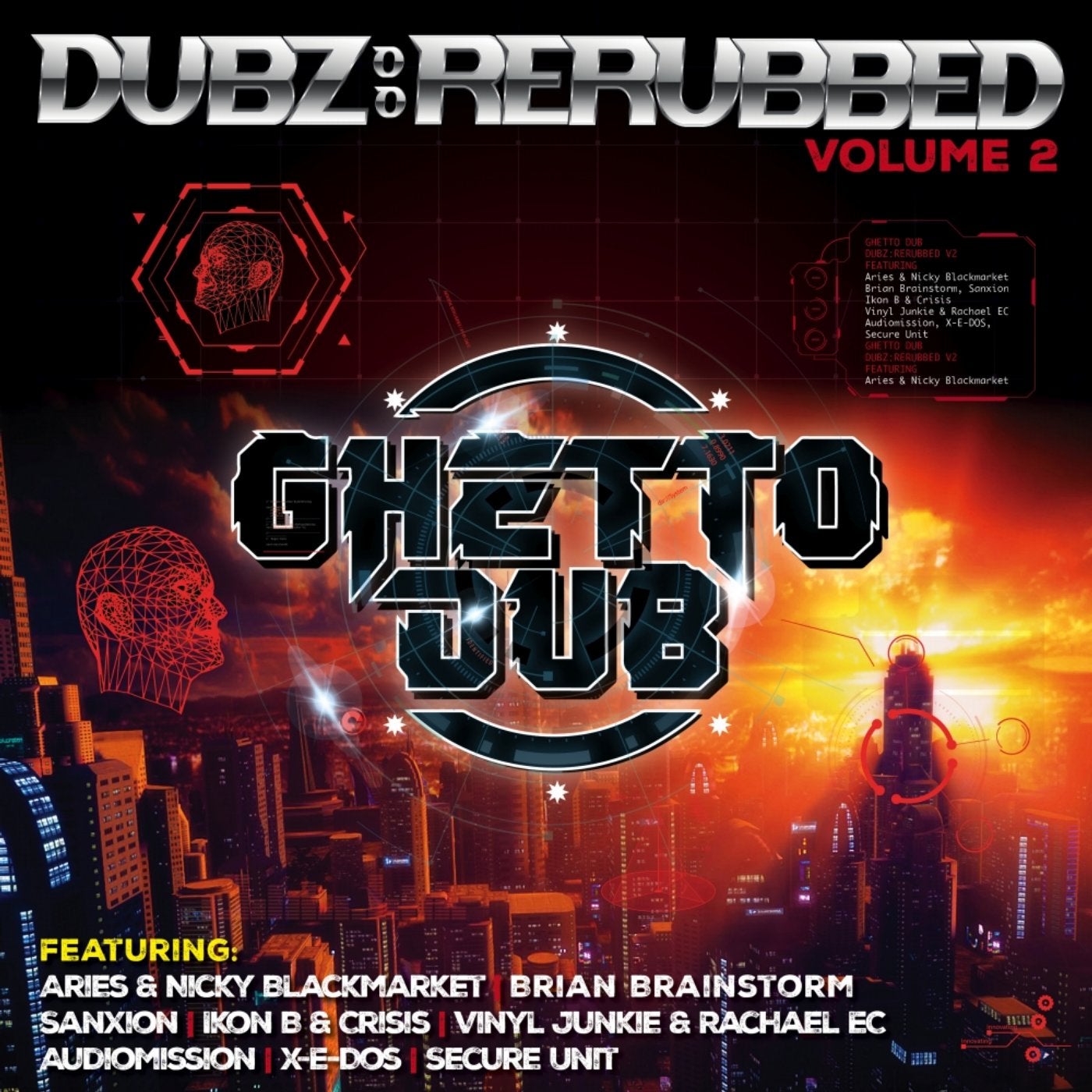 Episode 2 in the Dubz ReRubbed series brings another 4 killa remixes from the GHETTO DUB crew. Kicking off with Brian Brainstorms take on THIS WAY, one of the most reloaded tunes from the Ghetto Dubz Volume 1 album by the almighty Aries & Nicky Blackmarket. Brian has taken what was already a great track and sprinkled it with his own special blend of herbs and spices, making it even more of a dance floor hit. The old skool vibes of the original, combined with his own unique jungle sound really works a treat. Ikon B & Crisis are next up and what they have done with Sanxion's DOPE STORIES tune is nothing short of epic. Keeping the feel of the original but taking it up a level. The drums are punchy and the bassline is a real groover, guaranteed to keep em glued to the dance floor . Deep and dark vibes next from Ghetto Dub's very own Secure Unit who has tackled MUSICAL RUSH and made it a real heads-down bass bin shaking monster of a track, not for the faint hearted. Finally, a rising star from Bristols ever pulsating Jungle/D&B scene making his first appearance on Ghetto Dub, the man like AUDIOMISSION. Taking on CUT IT LOOSE, an early track from the catalogue by label bosses Vinyl Junkie & Rachael EC themselves. Whilst maintaining the vibes of the original, he has added more layers of colour and transformed the track into a cool jungle workout with a funked up bassline and killer beats to boot. All 4 of these are sure to be in the bag, for real.