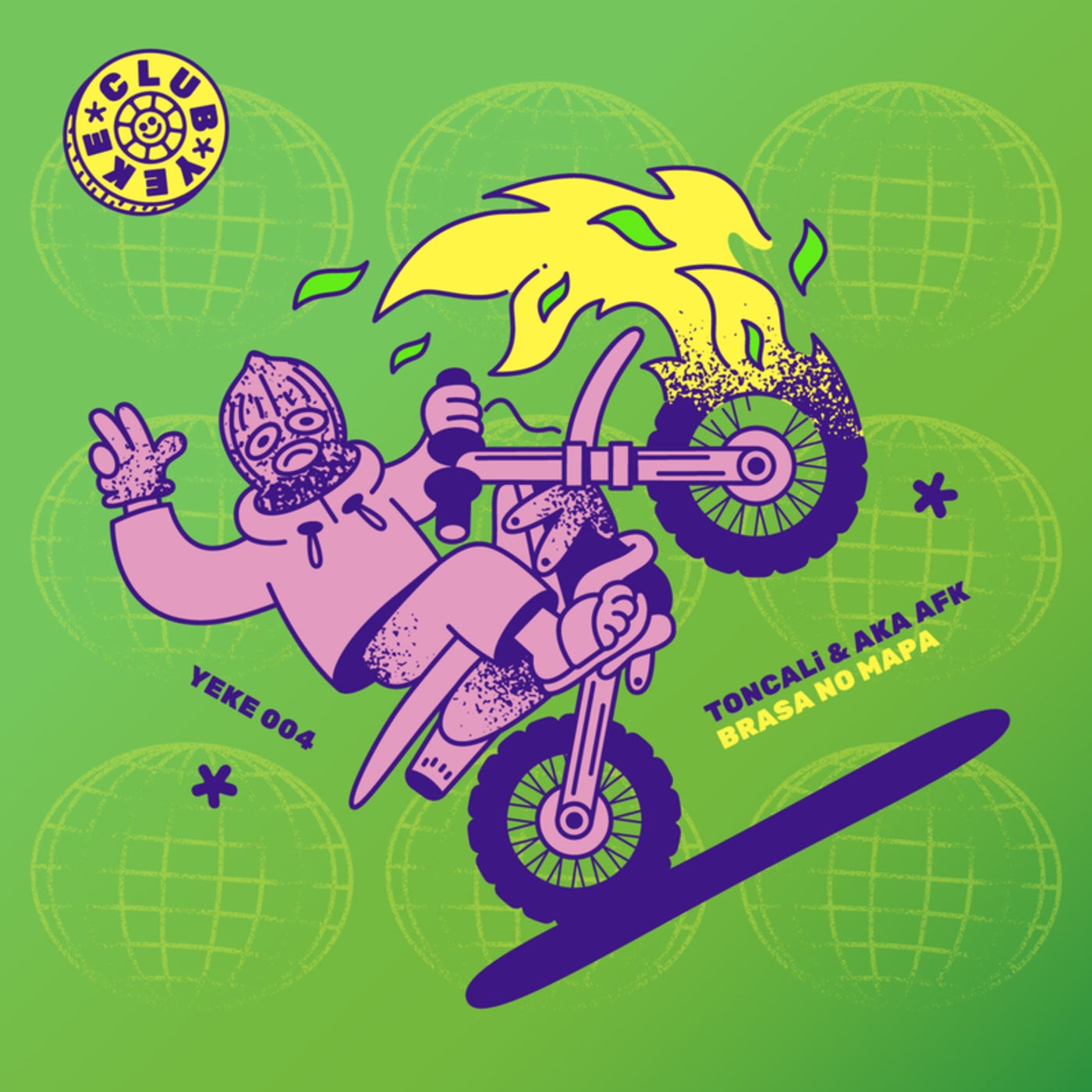 Yeke 004 is taking things over to Sao Paulo, Brazil - with 2 of the most exciting artists in the local Brazillian Grime scene: MC Aka AFK and producer Ton Cali.

Brasa No Mapa is a breath of fresh air, a distinctly UK sound give a whole new lease of life by two young talents being moved by Grime to draw an account of their own experiences in a way that could only be Brazilian. Brasa No Mapa (Brazil on the map) is a shattering addition to the Brime wave taking Sao Paulos youth by storm, the perfect example of the places cross cultural exchange can impact.

Bringing together not only classic grime sampling, but distinctly percussive global club takes drawing on bouncy 4/4 afrofunk, kuduro snares, even hardcore switch ups. Toncalis wide pallete for electronic music from across the globe shines through in his ability to glide seamlessly through grime's development from early to now.

Aka AFK is an integral part of Brazils Brime scene, as not just an MC but also a true flag bearer for the movement, working with the ONERPM Brasil team to foster relationships in Brazils music industry between the mainstream and underground. With support and features already coming in strong from the UK, from Pyro, Reprezent, Kiss, and 1Xtra - AKA is a lyrical force to be reckoned with.

Repping the global underground from the UK, this is Club Yeke