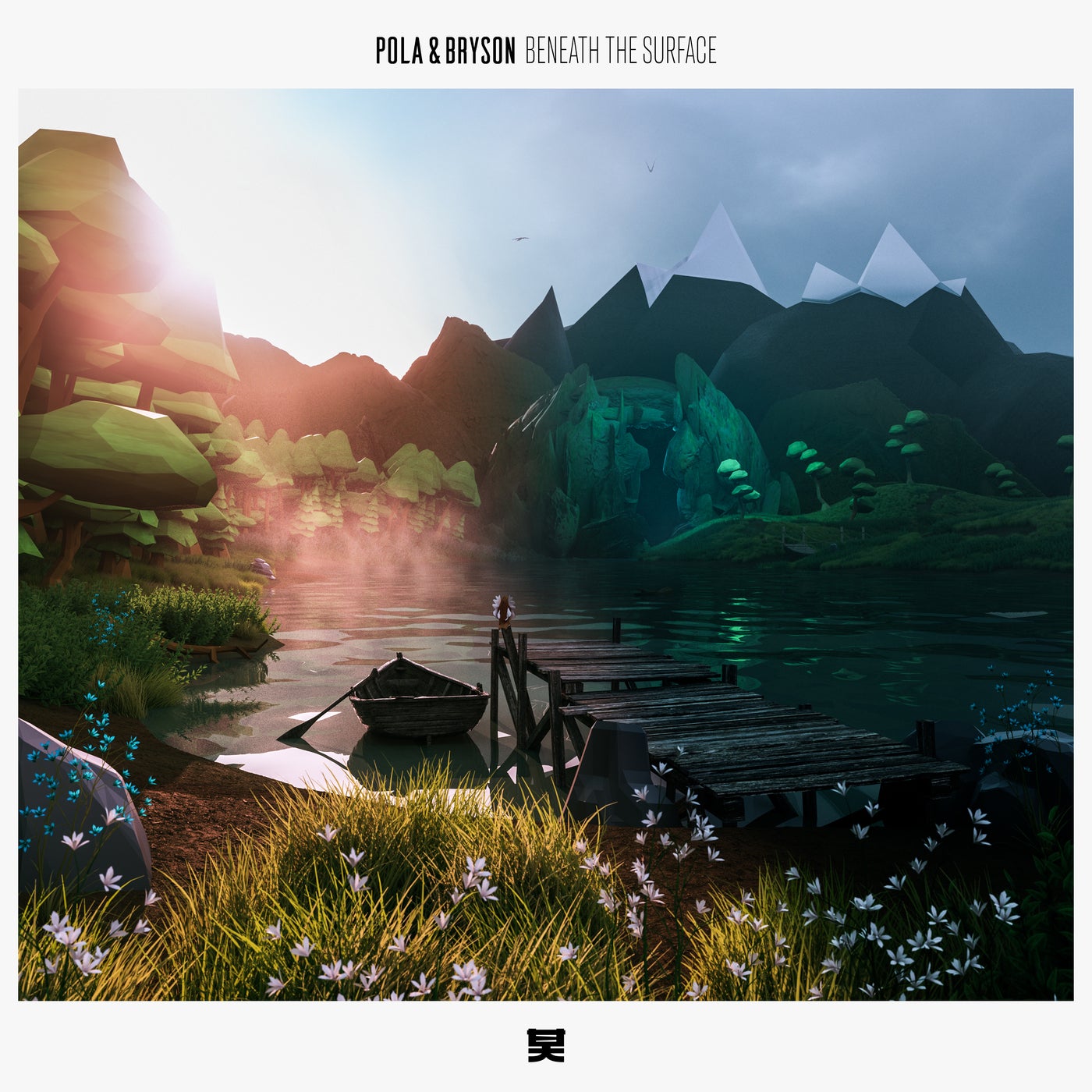 2021 sees the release of the long-awaited third album from Pola & Bryson - Beneath the Surface. Since their debut release in 2015, Pola & Bryson have transitioned from the exciting ones to watch to the unquestionable leaders of new school liquid drum and bass, grabbing the attention of the scene's greats in the process. We envisioned a landscape to act as inspiration to us whilst writing this album. The landscape is made up of 4 distinct sections, each representing a different emotional state. The first being Shinrinyoku (a Japanese term for forest bathing), represented by a dense, peaceful forest environment. Mangata (loosely translates to moon river) takes you to the edges of a cold, misty lake which eventually leads you to Toska, representing a dark and endless cave. All transpiring with Yuugen, a vast and epic mountain range. The album, paired with bespoke animated visuals, paints the perfect reflection of the journey. - Pola & Bryson Beneath the Surface features collaborations with the drum and bass scene's hottest vocal talents, with each being selected to effortlessly meld with the respective soundscapes. After previously working with both Lauren Archer and Ruth Royall with beguiling success, Pola & Bryson knew that they wanted to send some ideas to both artists. This resulted in the creation of two beautifully blissful tracks Under and Friend, which became the first two singles to be released from the album. While Solah and Kojo were specifically picked with their tracks in mind, Manchester favourite Strategys appearance on the release was an altogether more organic stroke of serendipity. The duo were unsure whether 'Anaesthetist' was going to make the cut as an instrumental, and were floating the idea of working with a vocalist when Strategy messaged them seemingly out of the blue. They knew in an instant that his sound was the perfect fit for the track.