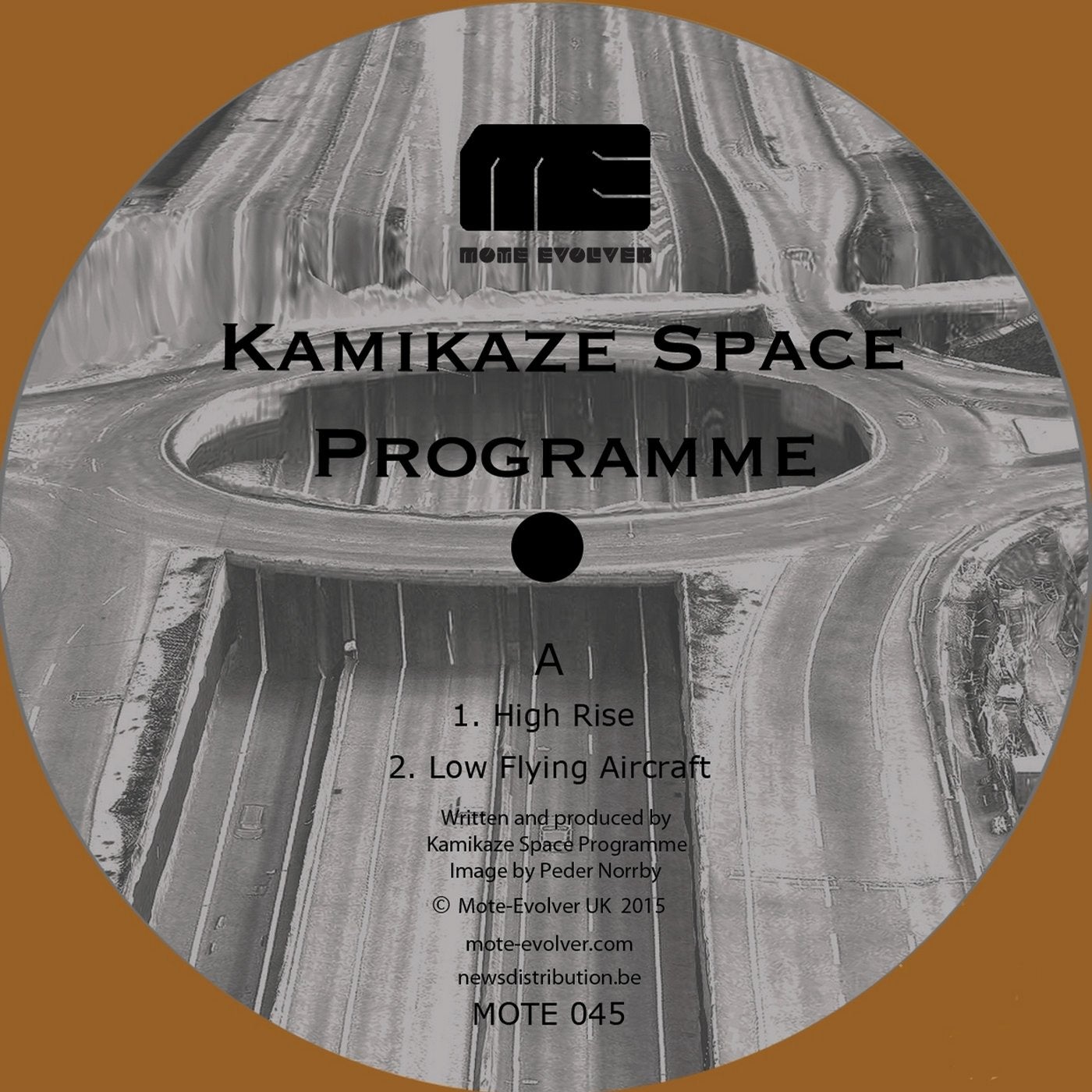 The track titles on Kamikaze Space Programme's latest offering for Mote-Evolver are taken from the chilling techno-criticism and dystopian visions of the late J.G. Ballard's fiction, a thinker whose work has always lent itself well to music on the razor's edge of modernity. Keep in mind, though, that this is no simple tribute to that mastermind of speculative fiction, but a translation of his highwire suspense and hyper-modern aesthetics into rhythmic and incisive electronic music.

The leadoff track "High Rise" is an adrenalized and twitchy creation built around a shuddering bass riff and a cleverly corroded set of intense percussive hits, aided by elevator shaft ambience and what seem like eerily obscured vocal samples. In short, it's the perfect backing music for a very cautious trudge through a tower block presided over by unnamed and ominous forces. The follow-up "Low Flying Aircraft" is another strong take on this affective mix of anxiety and release; its motif of tactile 'slamming door' percussion and metallic accents making listeners envision a labyrinthine complex full of rigidly enforced secrets and classified information.

"Concrete Island" maintains the intensity level and dense urban atmosphere of the A-side, pooling together numerous snatches of white noise, audio grit and alarm buzzes to form a demanding sound environment in which some distant ethereal touches are the only respite from the well-organized attack. The closing "Day of Creation" dials down the tempo, but certainly not the creativity and the drama, as deceptively delicate bell tones and tranquil synth pads compete with a uniquely springy industrial rhythm and floor-shaking low-end frequencies.

For those who are curious to hear the sounds of urban overload and dark dreams compressed into one coherent and captivating release, Kamikaze Space Programme has delivered in a big way with this EP. Fueled by the sensibility that the here-and-now is as strange and unpredictable as any science fiction, this music won't disappoint anyone who still looks to techno as the music of new ideas.