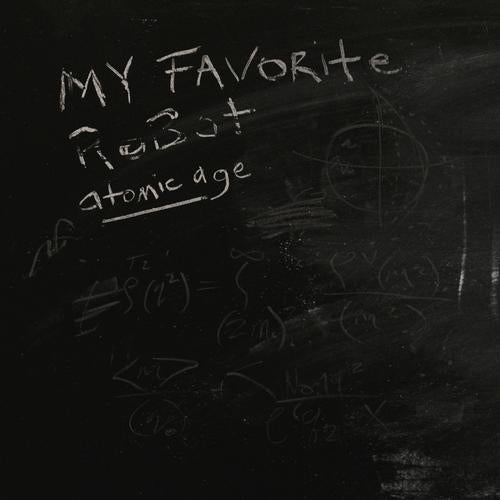 My Favorite Robot join forces with No.19 Music for the release of their stunning new artist album, Atomic Age venturing deep into the realms of ethereal, vocal electronica and beyond as only they know how... The Toronto based trio, My Favorite Robot has risen through the musical ranks since their 2009 debut, to become one of the most highly respected production outfits around. The pairing of James Teej, Jared Simms and Voytek Korab seems to be a match made in heaven with the MFR team running a highly successful label, touring the world with label showcases at the likes of BPM, WMC & Sonar and creating stunning original music and remixes for labels such as Crosstown Rebels, Visionquest, their own My Favorite Robot Records and of course No.19 Music. The Robots connection to No.19 Music stretches back to the formative days for both, when a shared office in Toronto provided the base for Jonny White and the No.19 crew as well as My Favorite Robot. Now, with both camps dominating the world stage it makes for the most natural of partnerships for the new My Favorite Robot album to find a home with the good folks at No.19. Atomic Age is a beautifully crafted album that opens the doors on the inner sound of My Favorite Robot. Without a doubt it takes influences from the many dancefloors that the trio have rocked over the past few years but at its core this is a heartfelt and musical album that showcases the songwriting and performing talents of the three core members. Opening cut The Circus sets the scene with its emotionally charged vocal performance rising through a sea of synth driven electronica. From here there is a series of dark edged, yet highly engaging vocal cuts including Here Tonight, the spacey Ride and the outstanding recent single Looking for Frost. Tracks such as Home draw on a distinct 80s electro feel, whilst the excellently titled Centreofattentionaut cuts a deeper, hypnotic channel. The acidic stylings of title track Atomic Age reconnect the listener with the Robots Acid House credentials whilst Sharpest Tongue delivers a classic, down tempo electro shuffler with its layered vocals and discordant synths. Finally we have the full eight minutes of The War to End All Wars that closes the album with style and leaves you wishing there was more. My Favorite Robot have walked a distinctly unique path over the past few years, building a sound that fuses elements from pops dark electro past with an intense forward stare into the future. Atomic Age is a perfect reflection of that sound and a testament to abilities of the ever-inspiring Robot trio, enjoy!