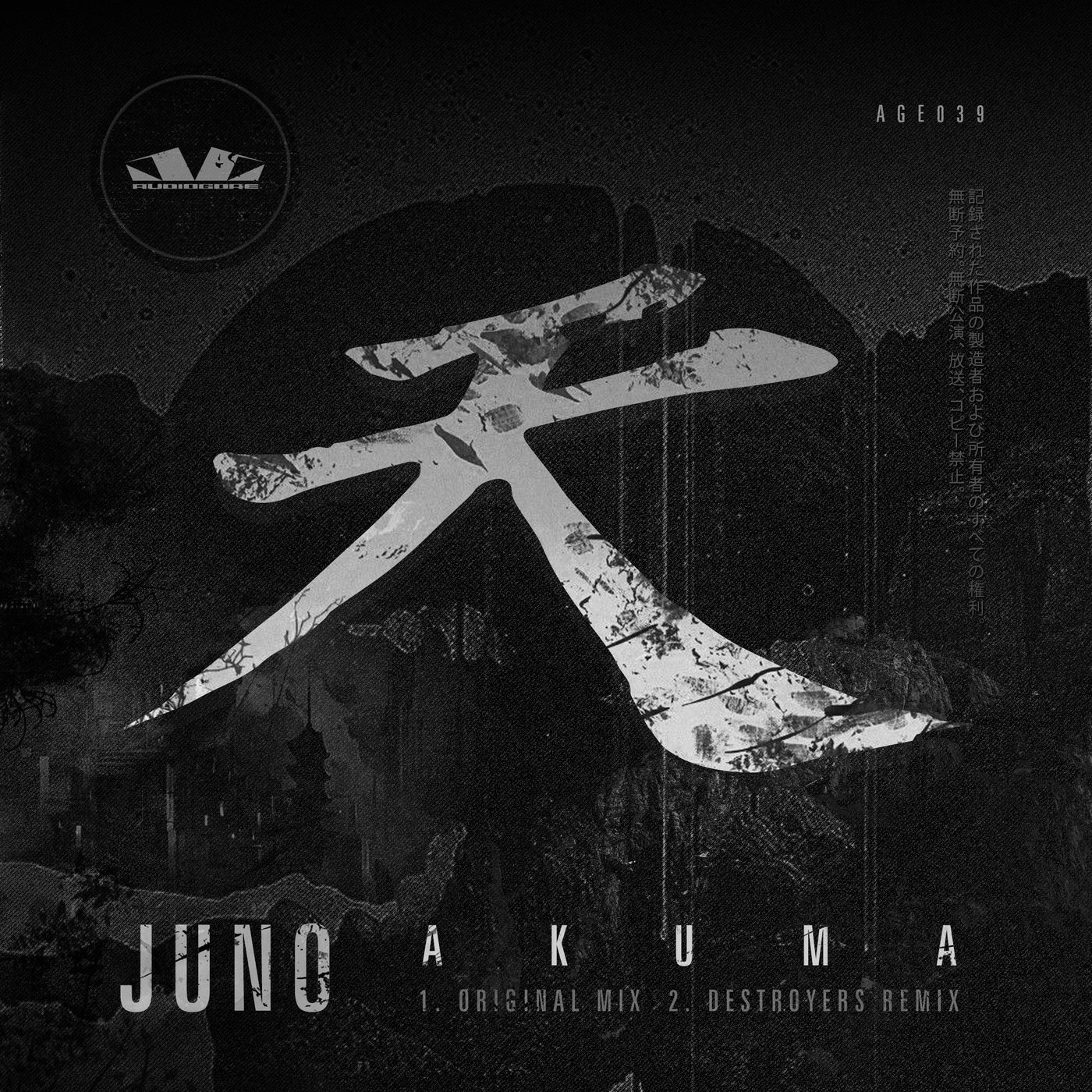 The JUNO project began at the end of 2016 influenced by his previous musical adventures.

He has been always an important part of the Audiogore's roster with names such as "Pheex" and/or "Aphex". Making his name a big one amongst the biggest, he has taken his sound to England, Portugal, Italy or Germany, and to festivals and clubs such as Dreambeach, Villaricos, Live Dance Festival, Bass Pressure, Meeting Drum and Bass Fest, Razzmatazz, Row14 or Amnesia, where he became resident DJ for Ibiza's most important bass party, "Together".

"Akuma" bursts the room and marks his long-awaited return to the 140 BPMs at the right place and time. A serious heavy monster that raises the level and intensity to heights that not even heretics can ignore.

Destroyers is the man in charge of the remix, and taking up the challenge, the boss of one of the Breakbeat's biggest imprints (Elektroshok Records) twists masterfully the original back into the forbidden broken beats. The bass moves and cuts the wall like butter.