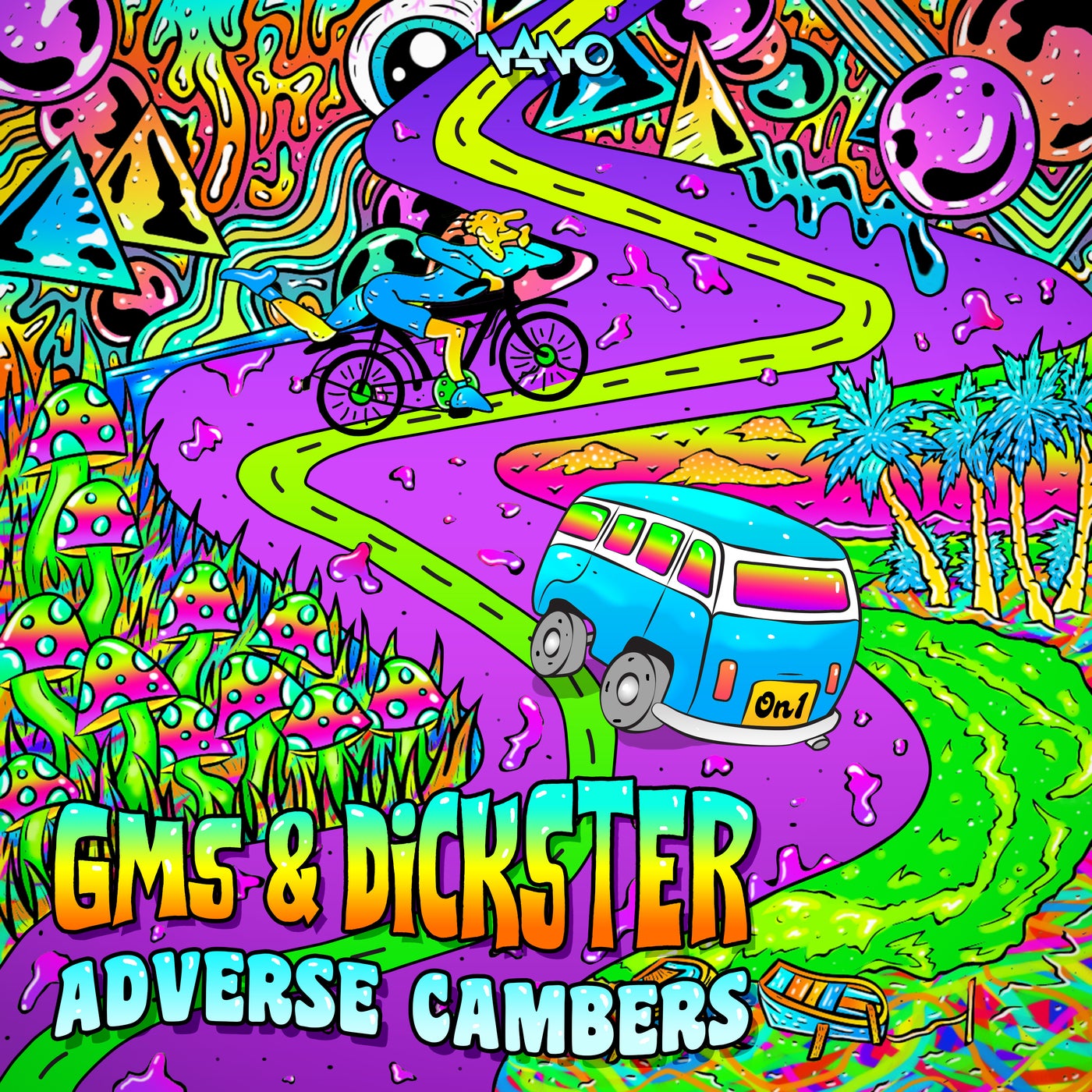 As the road ahead slips into a multitude of colours and your mind bends to the extraordinary sounds rocking from the speakers, your journey is aided by two mischief loving technicians as they urge you to stay groovy and break on through the galactic rainbow unfolding in front of your eyes! Almost two decades ago, the fresh-faced Growling Mad Scientists met the already legendary musical force of Dickster, forming their first tracks in his studio. Time passed, and with massive careers established in their own right, the one-time mentor and student have now teamed-up to create music together, combining their vast knowledge, experience and psychedelic tendencies into a world-class combo of psytrance excellence. 'Adverse Cambers' is the debut album from G.M.S and Dickster, and besides the huge new tracks from the men in question, also includes massive collaborations with Ajja, Pixel and Legohead.