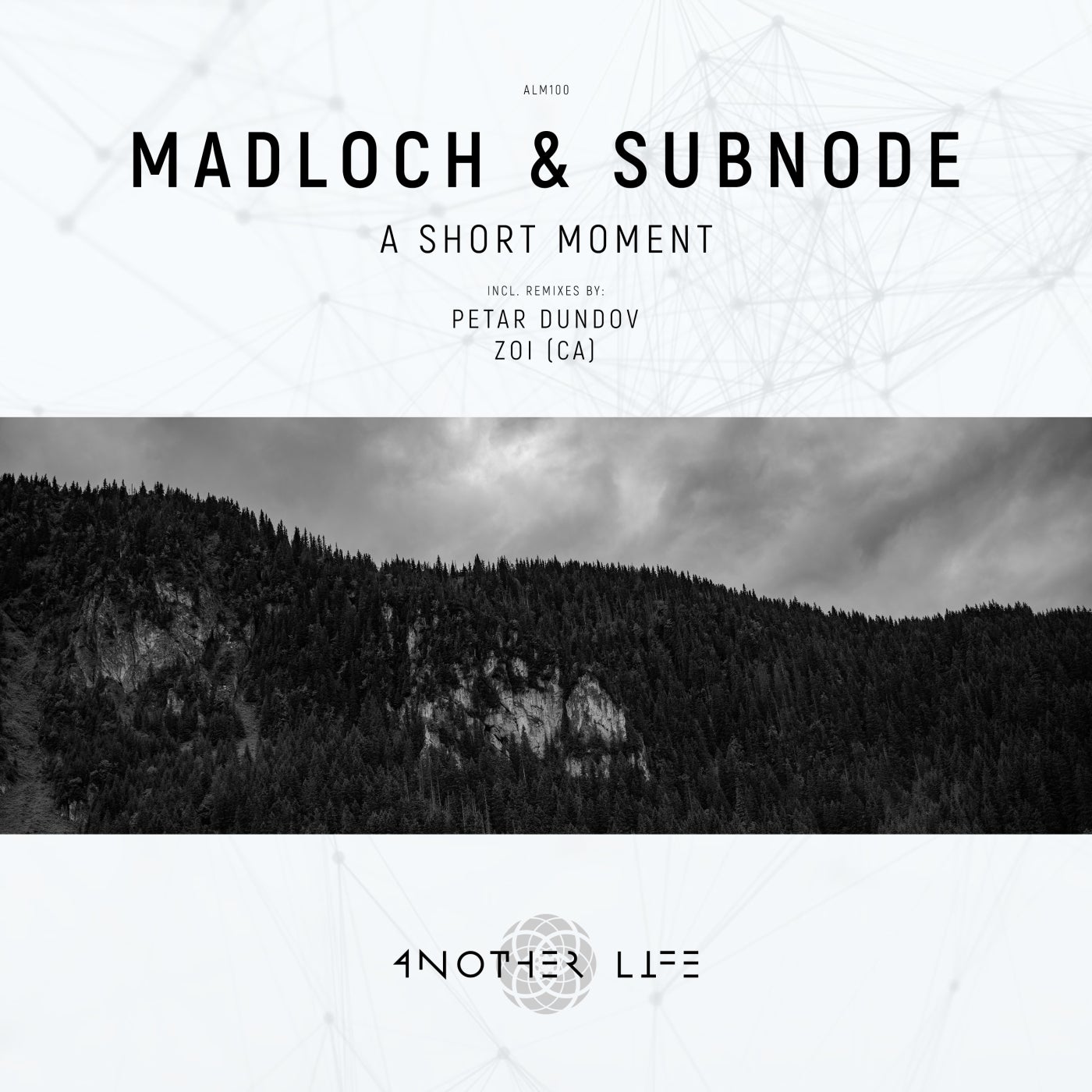 Celebrating their milestone 100th release, Bynomic's Another Life Music welcomes Madloch and Subnode to the label for their debut single. Having been paired since the summer of 2018, the creative synergy between Madloch and Subnode has continued to grow. The Belgian duo have released seven originals and a remix since beginning their collaborative partnership. Their borderless approach to production has found the duo in the creative space between house and techno, oftentimes with a glacial, dubbed-out quality that appeases the underground's most discerning tastemakers. Now presenting their first original project of 2021, Madloch and Subnode commemorate Another Life's 100th release with A Short Moment', alongside remixes from Petar Dundov and Zoi (CA).

From the opening bars of A Short Moment' you get an immediate sense of how strong the creative synergy between Madloch and Subnode is. Deep and powerful, its warm foundation is full of contour and character, while meandering atmospheres and dubbed out soundscapes build tension as the narrative takes shape. Neatly manicured percussion comes in waves, expertly layered as colourful arps dance delicately throughout the framework. Acid-like lines emerge as the first act evolves, providing an electrical current into the main break. Spanning nearly a minute in length, the cavernous interlude provides a unique contrast of meditative qualities and dramatic overtones, gently elevating mood as modulation reaches a subtle peak, with a gentle rush of noise summoning the groove for an intoxicating finale.

Making his label debut and providing the first interpretation of A Short Moment' is Petar Dundov. With a career that spans well over two decades, the Croatian artist is one of electronic music's most storied producers. Often cited for his distinctive sound, the Zagreb resident makes intelligent electronic music that breaks boundaries, moves feet and twists minds. His inimitable style is marked with timeless qualities and has long been a favourite of legendary DJs John Digweed, Laurent Garnier and Sven Vath. Now following on from his latest Sudbeat vehicle Euklidia', Petar makes his Another Life debut with an inspired rendition of A Short Moment'. Pace and tempo rise on the strength of a muscular groove and lively percussion, as glacial soundscapes and growling effects add depth and drama to the narrative. Wavy arps emerge across the first act, providing additional swing to the groove and an effortless bridge into the main break. Compelling and calm, the centrepiece is a sensory delight, with its anticipatory overtones and dystopian flair, gently building towards a striking re-entry and invigorating final movement.

The release concludes with Zoi (CA) also making his label debut and providing the second and final interpretation of A Short Moment'. Born in Pakistan but now based in Canada; Zoi has been delighting electronic music fans with his complex soundscapes and evocative melodies. Since first appearing in 2018, the Toronto resident has showcased his music via highly regarded imprints such as Dirtybird, Dream Culture, Nie Wieder Schlafen, and Kindisch. Now making his much-anticipated Another Life debut, Zoi (CA) delivers a stirring take on A Short Moment'. Engaging from the outset, warm beats and meditative pulses converge for a sultry foundation, while effervescent percussion and drifting sonics bring rhythm and texture. Building a meditative narrative, fluttery arps and buzzing effects lead into the main break, tastefully melting down to a quiet calm, as an acid fuelled drop resets the groove for a placid finale. A heady interpretation from Zoi (CA), capping off what is a milestone release for Bynomic's Another Life Music.

For an independent label to not only survive but flourish over a century's worth of discography credits is something that should be applauded. It's a mark of the respect Another Life Music has achieved, and they've done it by choosing to bring forward new and exciting talent to their roster, while now showcasing some of the underground's most beloved artists on their landmark one hundredth release.