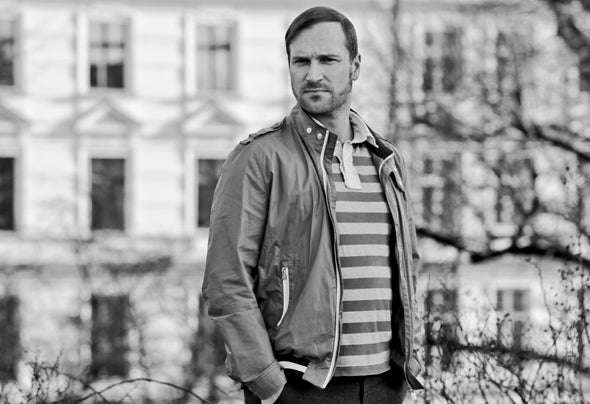 Wolfgang Lohr has been infected with music for as long as he can remember and has been in t he fortunate position to turn his passion into his profession. As an accomplished trumpet player and vocalist he has toured extensively with bands throughout Germany for the last fifteen years .More recently he has turned his hand to producing and mixing for other bands and musicians.Wolfgang Lohr feels equally at home on the stage or in the studio. It is here in the studio that he has mastered his producer skills by creating music for films. Apart from his own music he has composed music for other bands , as well as creating neutral sound loops for media purposes.His musicis a hundred percent produced, arranged, mixed and composed by himself , never using existing sample loops but rather creating completely new lines and melodies to incorporate into his sound design. Thus creating a unique sound with influences from the ska genre , where his musical roots come from , that results in melodic , catchy , pushy and danceable music that is far from boring. He achieves this by using specially created sounds , funky shuffle drum grooves , souly vocal hits, organ and rhodes stabs and floating baselines to create a sound that is not only unique , but extremely refreshing.Apart from his own music on labels such as Satelitt Digit al (Berlin), PR Underground (Sweden) and Symbiostic (Berlin) he has done remixes for artists such as Madness ,Round Table Knights, Invisible Brothers, Roby Howler and Teenage Mutants.As for the future, he would like to experiment with genres such as swing, ska, jazz and balkan/gipsy electro to produce music that will move people and leave a lasting memory. In his own words “ rules are just the conventions of intervals and the regulations of harmony. For everything else, there are no boundaries”.