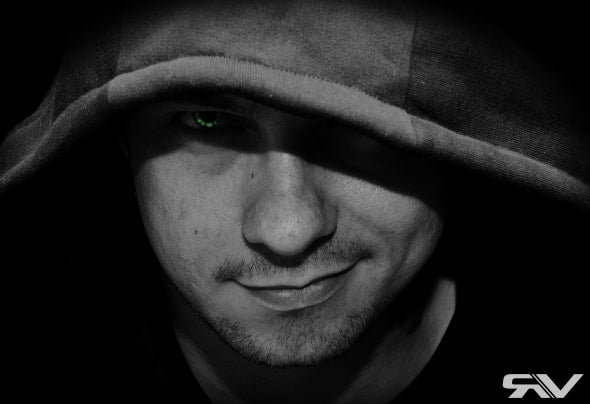 Ronny Vergara is a DJ, producer and also remixer. His favourite style is dark techno.He started his career in 2008 at To See (FR) where he made his dark and captivating style renowned.Always seeking contact with the public, he transmits a lot of energy and an astonishing magnetism.With only 26 years of age, he has broadcasted at the radio Street Parade 2010 twice and has made the warm-ups of:Joachim Garraud, Cari Lekebusch, Umek, Heartthrob, A. Trebor, M.A.D.A, Octave, Virgil Enzinger, The Delta, Xavier Morel, October Rust, Brian Burger, Miss Duckin, Private Fiction...At the moment he’s the organizer of Minimal Dimension parties at Globull and resident in the trendiest clubs in Fribourg (CH) such as Globull and Fri-Son.On March 2012, his first EP was released on the beatport platform under the famous German label "Nachtstrom Schallplatten".His second EP is in preparation for the label "NACHTSTROM SCHALLPLATTEN" which includes artists like:Hans Bouffmyhre, Virgil Enzinger, Gary Beck, Octave, D.Carbon...Ronny Vergara has made remixes for:Monoseptic, Sinteza, Caiano & F Red, Acyk, Danijel Vasiljevic, Strobetech and he has also been remixed by Kai Randy Michel, KC1 and Brian Burger.Having already performed in Zurich, Geneva, Baden and Biel, he is very excited to blow up other dance floors in Switzerland and abroad.Ronny Vergara will be able to make the shyest and the most reticent of you move!So, discover the artist without waiting any longer!