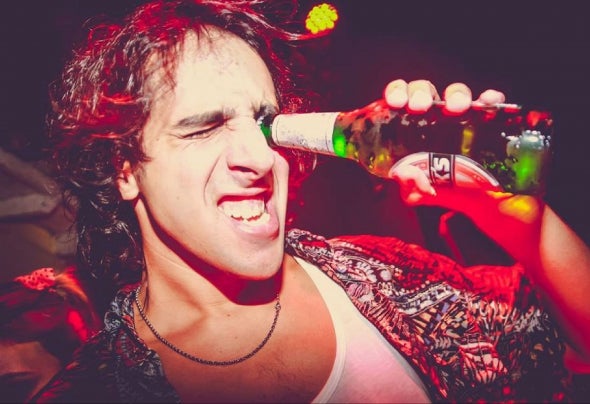 An extraordinary dancer, a music perfectionist and specialist, a master of the sky in what party concerns and a charming lover soul Peter spend most of his time optimizing his sets, tracks and enriching himself with all the knowledge that will help him to perfect his qualities. He has participated for festivals such as The BPM Festival with gures like Julian Jeweil and Neverdogs among others not much less known locally. He also had the honor of performing at the Watergate Worldwide festival of the famed Berlin Club Watergate, sharing a yer with Marco Resmann (Berghain Resident), among other festivals and sharing cabin with a large list of the most recognized Djs and producers along the world such as Stefano Noferini, Mendo, Ambivalent, Sasha Carassi, Fur Coat, Pig & Dan, Yousef, Lee Van Dowski, Gorge, Danny Benedettini, Felipe Venegas, Elio Riso, Aldo Cadiz, Argenis Brito, Zomboy, Borgore, Miami Horror, Deep Mariano and Diego Ro-K for mention a very few of them. He was a Resident of Pacha Buenos Aires, Jet, Vita, Voodoo among others not less important clubs and parties residences such as Music Master Series, Dementon and Union Woods for mention a few of them, besides of having participated in the booth of almost all the most important clubs in Buenos Aires and a large number of the most famous parties around the world. It should be noted that Peter was always the most prominent gure over the others regardless of the size of the name as it carries a overwhelming personality and a never seen musical selection. His productions are characterized by the inclusion of hypnotic sounds and grooves rich in body and brightness and in this days are played and have the support from enormous artists such as Marco Carola, Richie Hawtin, Maceo Plex, Nic Fanciulli, Carlo Lio, Adrian Hour, Cristian Varela, Fabio Florido, Collective Machine, Darkrow, S.O.S (Demi), Anderson Noise, Dhaze, Christian Hornbostel and Stacey Pullen for mention some of them.