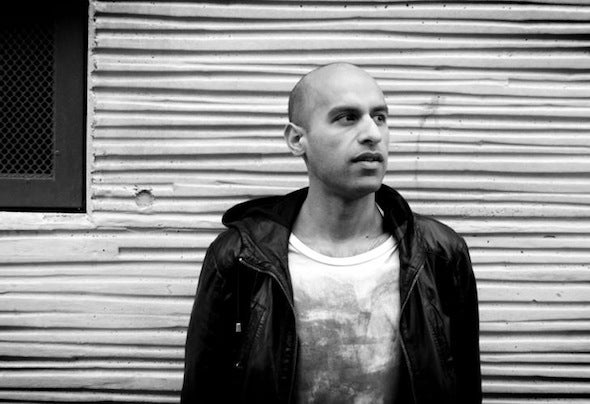 Born in Teheran and raised in Berlin, Nyma grew up as Nima Chatrsimab. Influenced by various tunes and frequencies ranging from Arabic and Persian rhythms and MTV (back when music videos actually aired) at home, to other forms of melodies on the street – music became the center of Nyma's emotions in his teenage years. At 13 he began expressing himself through the strums of his first electric guitar. It wouldn’t be long though before a young Nyma grew up and began craving a taste of Berlin’s cutting-edge electronic nightlife scene. Inspired by the techno godfathers leading Sunday rituals in milestone clubs such as E-Werk and Tresor, Nyma took a strong interest in DJ culture, began buying records and started DJing in 1996. His first producing experience with Rebirth software followed in 1997. However, Nyma’s passion for music went beyond unwittingly making a few tracks to become an overnight DJ. With great determination and dedication, he began learning and polishing the logistics behind the technology as he dived into a two year audio engineering program at one of the most acclaimed media learning hubs in the world, the SAE Institute. With a degree in 2005 and a colossal amount of knowledge on music production and performance, Nyma soon connected with the who-is-who of the techno world and took on jobs such as the technical support for software company Ableton and as the touring and studio support for artists from the likes of Richie Hawtin, Carl Craig and Loco Dice. His lengthy resume also includes a stint of technical gear output designing with friends at Advocis Design and the future of the 4-deck Traktor controller will forever bare Nyma’s blueprint. Energetic, positive and open minded, Nyma's creative abilities present no restrictions. His deep, groovy and twisted experimental modern dance music is shaped by the norms and forbidden fruits of musical expression past, present and future while simultaneously being inspired by various pallets of colors, frequencies, lights and other natural phenomena. With new adventures on the horizon, Nyma is especially driven by how an idea becomes a material reality. He’s also working on his own label and art project ITS ALL IN YOU, its first release coming out in April 2013.