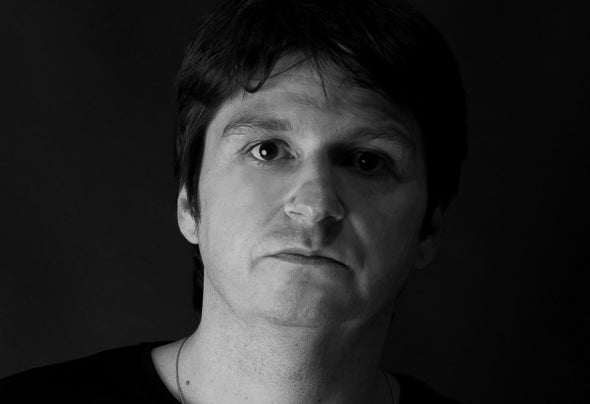 Born in Rovigo, Italy, the big Juventus fan grew up with an intense love and passion for music. Inspired by bands and artists like the Doors, Kraftwerk or Depeche Mode and the huge success of Italian Disco in the late eighties, he started DJing at the age of 18. He developed his sound and played at nearly every important club in the region and built up his reputation for excellent mixing skills and supreme music selection.In 1998 he became one of the Resident DJ's in one of the most famous clubs in Northern Italy: La Scala in Padova, a venue and club that profoundly marked the historical beginning of electronic clubbing scene in Northern Italy.He has played with nearly every major international DJ from Carl Craig to Ricardo Villalobos to Monika Kruse, and from Luke Slater to Marco Carola or Paul Ritch, Besides DJ'ing, he always wanted to create and produce his own music ideas, so he launched the label "Polar Noise" with his studio partner Paul C. It started with "Tek Studio" in 2002 they both produced numerous productions and remixes under the project LUCA & PAUL and later MICRODINAMIC. Their releases & productions have receive world wide success and easily crossed the border of Italy and were found in the record boxes of DJ's like Adam Beyer, Karotte, Gregor Tresher or Marco Carola.... He has also played in respected clubs like Berghain, Weekend Club or Komplex 457 where his set full of energy contributed to build him a good notoriety.Luca released 2 EPs on Terminal M so far and addition remixes for Monika Kruse,Broombeck and Karotte. In 2010 he was part on the Terminal M EP "Ten Years Love: Volume Two"and in June 2011 his single 'Lamu' (POLAR NOISE) was selected for the compilation " Cocoon Heroes "mixed by Adam Beyer