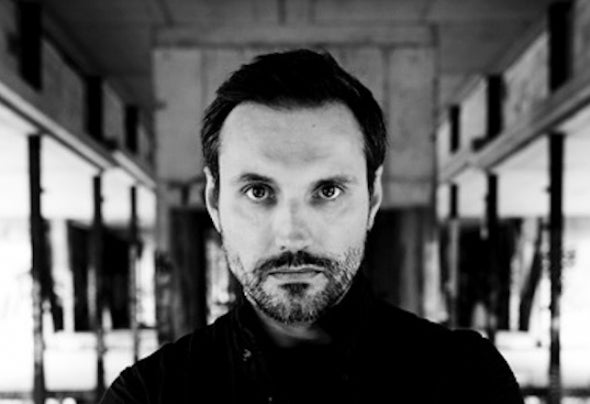 Warsaw's analog techno maverick Jurek Przeździecki (b.1973) is one of the more powerful and uncompromising voices in former Eastern Bloc electronic music music scene. Bred throughout the 90s on a varied diet of first wave techno, new beat and post-industrial mutants like SPK or Psychic TV, he developed his own vision of highly intricate and detailed yet definitely danceable, funked-up techno for connoisseurs of the genre. Actively involved in producing music for 2 decades plus, he started his career in world-touring Bigwigs, later to release his solo and collaborative stuff on such labels as Cocoon, Whirlpoolsex, Synewave, Recognition, Nachtstrom Schallplatten or Affin. His productions were appraised and played out by numerous DJ/producer heavyweights including Laurent Garnier, Oliver Ho, Joey Beltram and DJ Hell, while Depeche Mode's Martin Gore included Jurek's track in band's tour DJ set. Currently, he recorded two quite successful EPs with Jacek Sienkiewicz as a duo Tumult Hands. He's been also quite busy focusing on his long- running Epi Centrum project whose LP will be out on Damon Wild's Synewave Records soon. He devotes most of his time to studying arcanes of deep composition and researching the possibilities of various legendary studio gears, such as Buchla's modular Morton Subotnick-designed System 200e. Lives and works in Warsaw.