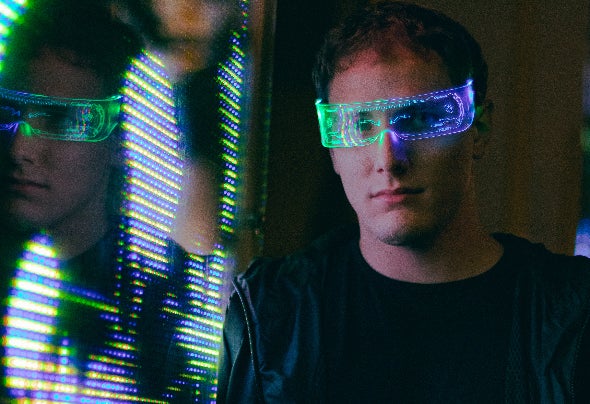 Ever since discovering an unmistakable talent for the art of music, the Los Angeles-based cyberpunk electronic artist Cyazon has pushed the boat out in terms of his musical style where he is constantly testing the boundaries of conventional music in his own style. Cyazon’s library of unique tastes and influences including heavy doses of hard-hitting beats, heavy synths, and melodic Dubstep supersaws take listeners on a journey through time, chaos and self-discovery through his own inimitable discretion of what the future sounds like; a mixture between Synthwave and Dubstep that depicts the dark undertones of abandoned streets, with the blurs of neon lights from Bladerunner’s metropolis. A considered wizard on the futuristic pads, Cyazon takes you into the future with his highly original and heavily bass-charged productions. Cyazon is on a mission to go above and beyond with his artistic air, ensuring he brings something fresh to every release with a constant flow of music made to a professional standard as something enjoyable for lovers of that gritty Cyazon sound he has built his career from. With an ever-growing discography of unique and impressive productions, Cyazon is constantly raising the bar and turning heads in the dance music industry with hits like ‘Neo Soul’ accumulating over 700,000 streams on Spotify with over 20,000 loyal fans tuning into his music every month on just Spotify alone. You can now tune into Cyazon’s ‘Cyber Future’ radio show, where Cyazon takes you into the future with his highly original and heavily bass-charged set every week. Featuring as a unique demonstration of his skills that set the tone with an ethereal, yet electrifying vibe, expect to delve into a barrage of crazy hard-hitting sounds bound to shake any dance floor with impressive featuring artists on every episode.