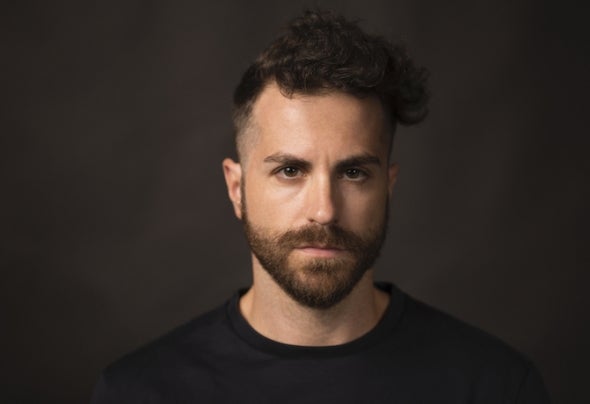 Coyu is one of the most referenced and respected personalities on the techno scene. Fifteen years of an unstoppable DJ career behind the mixer speaks for him. No less appreciated since he founded his cat empire in 2008, Suara, he’s been known to be the inspiration for many because of what he’s achieved, directing a brand that shows no signs of slowing down. What started off as a record label (until this day it’s still one of the most important labels for techno and underground club sounds, as you will be able to see reflected on main charts) is now a symbol for cat and dance music lovers. Coyu directs with great precision a brand that because of such a demand is also a brand of clothes (Suara Store, with a physical store in Barcelona) and a non-lucrative organization that loves and helps street cats (Suara Foundation). A career-defining moment for the multi-faceted Spanish producer, DJ and label boss Coyu became reality this fall 2019. His eagerly awaited debut long-player it is now a fact. It’s been over seven years of intense introspection and studio work to give birth his first ever album. Don’t expect an LP that serves a club function; “You Don’t Know” branches far beyond a singular sound and shows off just how versatile he can be. In words of Coyu "The album is named ‘You Don't Know’ because many people have a preconceived idea of who I am. Until now, maybe I wasn't smart enough to show them who I really am, my roots, what I love and what I can offer to the music. I'm not just a DJ or a producer who can play or make grooves – I love many different genres and many different kinds of music. With this album I want to change that preconception. I want to show a side of me that people have never seen". “You Don’t Know” album features collaborations with some of the finest names in techno and electronica worldwide, including legendary vocalist Lazarusman, Mike Leary, The Horrorist, Thomas Gandey (“1+1” first single to be extracted from the album), Gabriella Vergilov and MOBY on “I May Be Dead, But One Day The World Will Be Beautiful Again” track!. As suggested above, “You Don’t Know” is a broad, adventurous album that covers plenty of music ground and takes you on a true electronic trip from one of dance music’s most accomplished names.