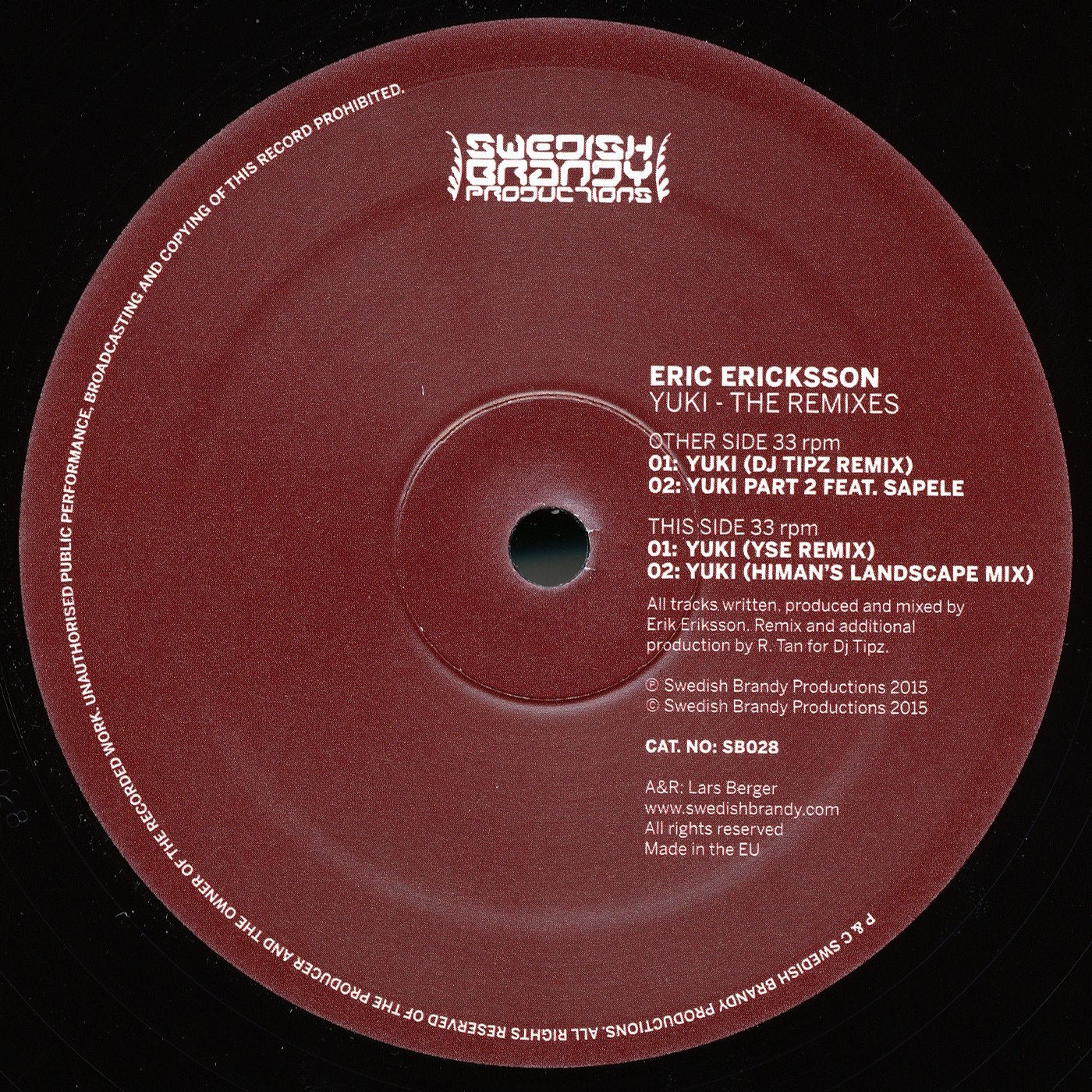 A solid remix EP of Eric Ericksson's top track Yuki with remixes from Dj Tipz (At Jazz Record Company, Papa Rec), YSE (Pressed For Time, Whiskey Disco, Lost My Dog, Winding Road Rec, Ornate Music) and Lisbon's heavy weight champ Himan (Cocoon, Galaktika, Connaisseur, Freerange). This EP also contains the vocal version Yuki Pt. 2 feat. Sapele. Eric is definately swedens most interesting and skillful producer when it comes to underground deep house and soulful techno. Eric Ericksson released his first single in 96 with several releases since then on respected labels, both indie and major. At age 18, he released a single on Derrick May's label Fragile, alongside artists such as Carl Craig and Laurent Garnier. Later the same year he, as part of the duo Minimalisterna, released a full-length album on Virgin Records. In 2011 the EP Someone is Watching was released on Carl Craig's Planet E Communications. As co-founder of Kass Recordings he released the work of some of the top artists on the Swedish scene, such as Zoo Brazil and Style of Eye.