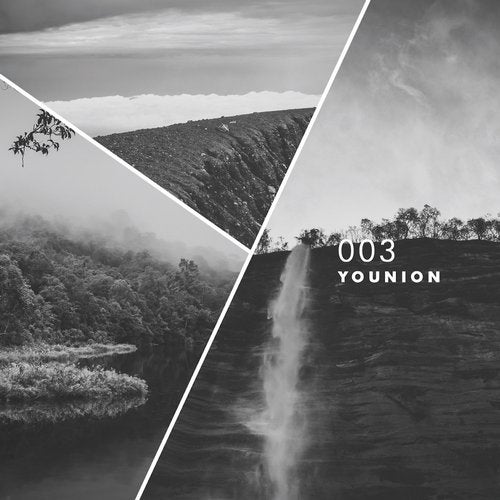 Come together: Re.You's YOUNION returns with more sublime unifying forces. Beats that bring us closer, feelings that break down barriers and artist partnerships whose creative connections are more than the sum of their parts. The message is clear in every direction; from the longstanding YOUNION parties across Europe to the slow-but-smouldering rise of the label, of which we're proud to present its third release.

Tapping into the very same YOUNION spirit that regularly shakes the walls of iconic clubs such as Watergate Berlin and Pacha Barcelona, this four track EP is an incisively curated collective EP comprising three acts who complement each other implicitly. As the dust still settles from Florian Busse's recent YOUNION outing, and Solomun continues to hammer the label's first release from Eins Tiefer, the timing couldn't be better.

The perennially on-point Dutchman Rancido takes the lead with two deep tribal odysseys that take root in the sound he's made his signature. Both 'Lagos' and the vinyl-only 'Rabat' conjure deep mystic textures around his stately, restrained and constantly developing grooves. There's a reason he's released with the mighty Innervisions in the past.

Deeper again Re.You whips up a percussive storm over palpitating synths in the form of 'Dao' before handing the controls over to rising German duo Cosmo & Kramer for an inspiring finale. A duo Re.You has been championing since they warmed up for him five years ago, 'Dance' is a calling card for an extremely exciting future... And it more than lives up to its name.