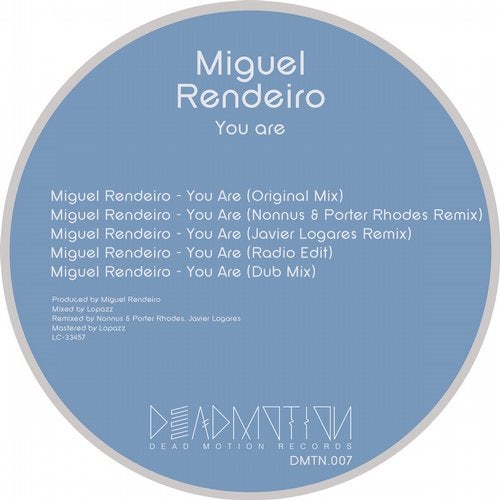 Talent and cunning are just some of the characteristics that made Miguel Rendeiro one of the greatest names of the Portuguese electronic music scene. Mentor and creator of the biggest beach party in Europe, Energie Azurara, this producerdj is one of Connect Music Agency, Neopop and Energie music Vilar de Mouros festival , founder. His eclectic taste combined with technical skill and a shrewd intelligence already rewarded him with prizes, awards and many invitations for the best and biggest national and international events. Owner of a silver disc. Today, he is invited to perform in clubs like Watergate (Berlin), Chaca Chaca (Munique), City Hall (Barcelona) ,Eden ( Ibiza ), or the London 1001 and The Egg, and at festivals like Creamfields and Rock In Rio. His productions for labels such as, Brick House Records (Germany), OKO Records (London), and the consecrated Get Physical Music , and most recently Circle Music (Germany), placed him in the world circuit and earned him remixes from Phonique, Lopazz, M.in, Johwaynes or Muzzaik, among others. His ep, "Mafaldinha, co-produced by Lopazz, received praise from artists such as Laurent Garnier, John Digweed, Luciano, Josh Wink, or 2000 and One, enshrining him as one of the best Portuguese artists with international prestige. FB: http:www.facebook.comdjmiguelrendeiro SC: http:soundcloud.commiguelrendeiro Bookings and Infos: miguellopesrendeirogmail.com