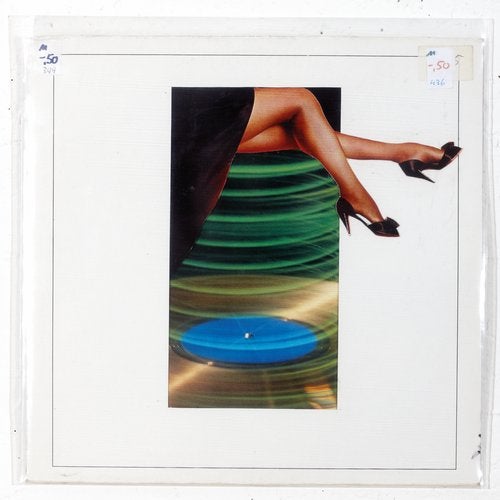 Elegant swinging disco-boogie-like debut 12 by Ed Lee with a powerful, but damn cool vocal performance by Alison David (The Black Sience Orchestra). Maestro Moonstarr turned the original into a uptempo hands-waving blockhouse stomper, while Akshin Alizadeh flavored it with some nu-funk beats.

DJ & producer Ed Lee has put his name firmly in the limelight as one of the UK's emerging talents. Over a decades worth of experience has given Ed an unique blend of house music with a diverse edge.Ed is also a very gifted DJ combining flawless mixing with forward thinking music selection, blending multi genres with his DMC finalist turntablist skills into his own unique style that seamlessly cross and break boundaries. As well as being a regular with clubs across the UK, he has Djd in a forever growing list of worldwide destinations as far a field as Melbourne, Hong Kong, New York, Ibiza and San Francisco. Ed has also played at some of the worlds biggest festivals such as Glade and Burning Man.

Ed Lee about how the music came together and the collaboration with Alison David:
"Disco has always been a big influence of mine so this was made as a swan song to that era. I knew of Alison through the track she made with Black Science Orchestra called Sunshine. we got in contact with her through Compost and that's how You Are A Star was born. This is the first single from the forthcoming album with more tracks featuring Alison David on vocals. This is the beginning of a new exciting project for me and looking forward to seeing how the music will be received."

A striking, six-footer with model and film star looks, Alison David commands attention with an enchanting, magical stage presence. She has had an extensive recording career, signed to Polygram, Sony BMG and Mercury Records and championed by various famous artists such as The Black Science Orchestra, Colin Firth, Pete Townshend (The Who), Dave Stewart (Eurythmics) and Nile Rodgers (Chic).

Here's something Alison wrote about what the lyrics meant to her:
"Sometimes when people get trapped in negative thought patterns they forget their inner beauty. This song suggests that dancing is a way of shaking off the problems and it is a metaphor because life is a dance. Music is a healer, having a good boogie can be liberating and even a simple smile can light up a face so that the inner beauty can shine out. It's a song of encouragement and I'd love to see people take the dance floor spotlight and do some fancy moves to it."

Kevin Moon aka Moonstarr from Toronto is one busy cat. If he ain't on the phone holding things down on the business end for PTR (Public Transit Recordings, the label he co-founded with Dialect (Mano Narayanan) in 1998), he's hunkered down behind closed doors over his synths, drum machines, and samplers to bang out mind-melding beats. Since the first steps in 1997, he has gained worldwide acclaim for his music from veteran DJs such as Gilles Peterson, Rainer Trueby, Laurent Garnier, Marc Mac, Carl Craig, and DJ Spinna and from various publications like Straight No Chaser, XLR8R, Remix and Exclaim.

Akshin Alizadeh is an electronic music producer and composer from Azerbaijan. Hes playing violin and piano since the age of six, strongly influenced by funk / nu jazz, combining funky grooves with punchy hip hop beats. He signed for US based Cold Busted record label and released several albums to date. Hes constantly hitting Beatport's top funk and chillout charts with such tracks as Woman, Southern Man, Cut A Few, El Gran Duelo, Walkin' 2gether and many more. More to follow!

You Are The Star EP