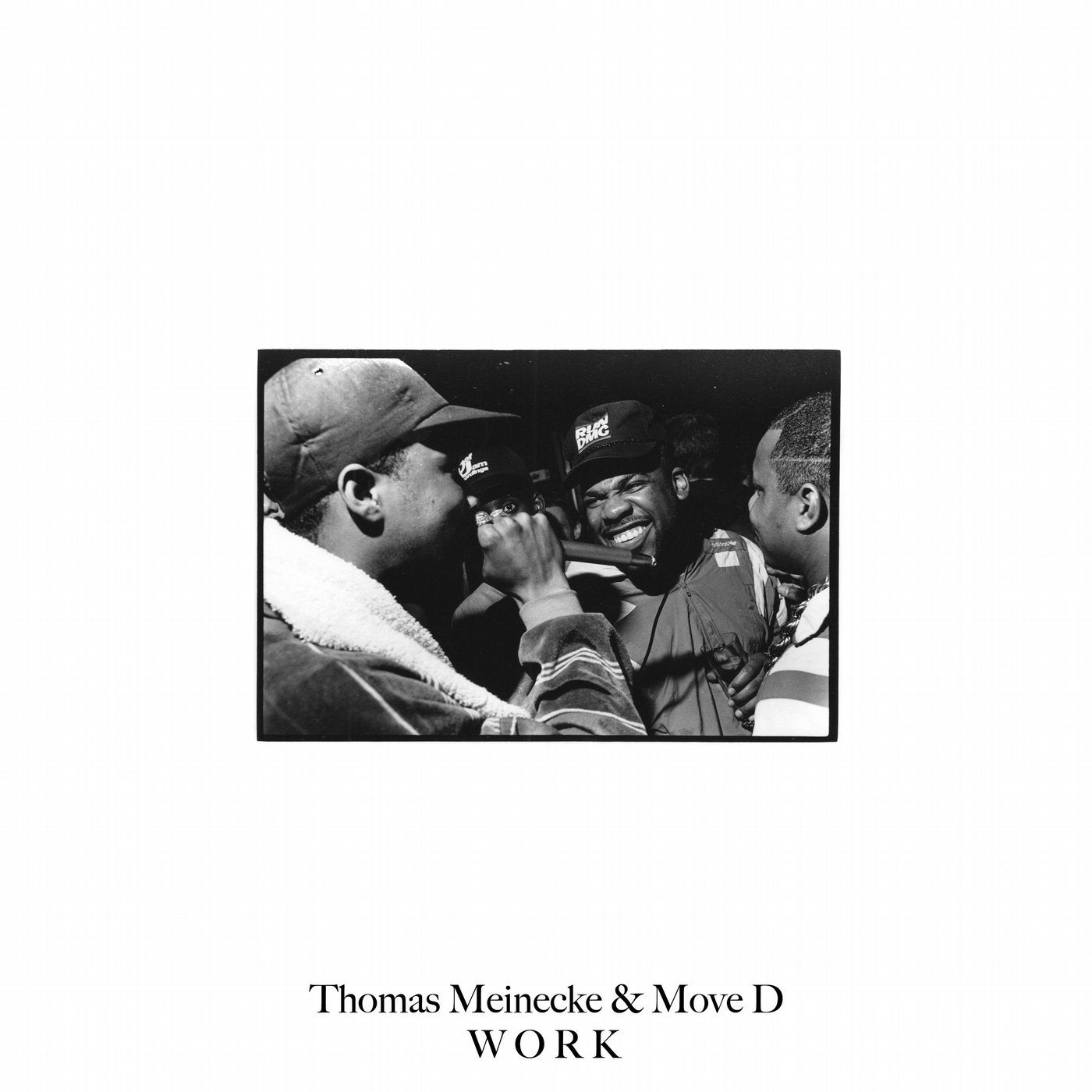 Gigolo 307 International Gigolo Records are re-releasing Move D's & Thomas Meinecke's joint LP "Work". For the first time it will be released digital & on vinyl. WORK is a four-letter-word Since the 1920's one could establish an etymological mix between the sphere of work and love, as the so-called "working girls" (young, employed women, mostly employees in bureaus, who wore short skirts and even shorter hair and smoked in pubic), marked not only the first broad noticeable swing with previously unknown women who had sovereignty over their sexuality (not just in sociological sense), but also commonly working girl could also mean a prostitute. In a subcultural jive the word "work" built up increasingly to a word for self-determined, often sexually dissident activities, until they become central term in the overly queer, mostly Latin-American subculture (glorified by Judith Butler and Madonna) of the vogue ballrooms, Spanish harlems. "You better work" is the chorus of the super hit "Supermodel" by the drag queen RuPaul and that was truly not meant as a call to the working moral of the Anglo-Saxon protestant (WASP) society of the USA (the accompanying video clip was turned in New York for its chiseled street walkers infamous meat-packing district). The "Underground House Music" of New York, Chicago's Booty Bass or Detroit's Ghetto Tech uses the word until today in the context of almost loosely sexual metaphors (work my body over), that here often are coded as very bipolar, don't serve the (business) ubiquitous sexism, but (in the triangle of defamation "race, class and gender") pose a critical potential. David Moufang and Thomas Meinecke "worked" their way through the repertoire of this exciting music, producing a hypnotic mix of countless samples, paired with statements by the involved (dance veterans, drag queens, DJs) and their own voices and instruments. Other Rooms, other voices. Ever since 1998 the in 1996 Heidelberg-born musician, studio owner and DJ David Moufang alias Move D and the in 1955 Hamburg-born writer and musician Thomas Meinecke collaboratively produce "sonic fiction" for the radio drama and media art division of the Bavarian Broadcasting. David Moufang founded his own imprint "Source" in the 1990s, but releases his own productions on numerous international labels. Since 1980 Thomas Meinecke plays in the band F.S.K. that he cofounded (on "Buback" since 2008), themes and moderates the music program of the Bavarian Broadcast since 1985 and ever since 1986 publishes belletristic books on Suhrkamp press. The last joint production of Meinecke and Moufang ("Übersetzungen/translations") was awarded with the Karl Suzuka price for radio art at the Donauenschingen music festival in 2008.