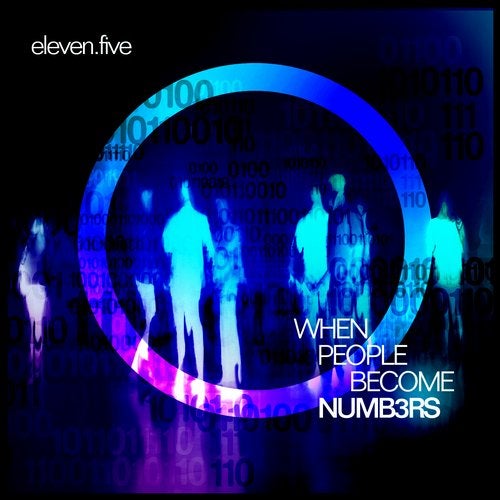 The debut artist album of eleven.five, the Virginia native who we affectionately know as Eric Fox, has truly been a lifetime in the making. We, at Silk Music, have had the privilege of co-piloting the last five years of eleven.five's musical journey, as his memorable lead themes and innovative grooves have found their way into the hands of Above and Beyond, Armin van Buuren, and various other esteemed international purveyors of house, progressive, and trance. From the deep, noir-tinged "Echo" to the euphoric, celestially inspired "Explanation." eleven.five's classics seem to have drawn from myriad influences and subgenres of electronic music.

"In such a digital world we live in these days, I often feel like we are destined to eventually be looked at as a number instead of an individual person. The title, 'When People Become Numbers,' encourages me to stay me, discover myself, and stay away from becoming just another number. Don't be a number…be the beautiful person you are." -eleven.five