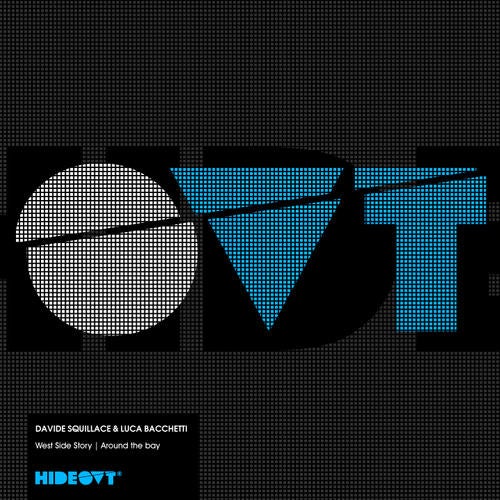 Now that Davide Squillace's 10 release project Minisketch has been completed, Davide Squillace keeps moving in interesting directions. The next project is called HIDEOUT, here's the first release on the label. Besides Davide Squillace himself, artist that will be participating in the label project include Audiofly, Dubfire, doP, Paul Ritch, Matthias Kaden, Luca Bacchetti, and some even bigger names to come. Like the above, Davide is no stranger to the international dance music circuit. The studied audio engineer is one of the most successful Neapolitan techno DJs worldwide. Also known by his other imprints Sketch and Titbit, and releases on renowned labels like Josh Wink's Ovum, the German label Resopal and Alex Under's CMYK, Davide is part of Circo Loco Ibiza crew, rocking the island with a residency at DC10. Lucca Bacchetti is known for his varied style, from squeaking, jerky minimal to wide-open, percussive techno, to hypnotic, lights-out tracky house. Luca's expertly-produced music has earned him a reputation for producing nothing but quality, dancefloor-devastating tracks. That status was cemented this year when Beatport nominated him as one the 'Best Artists' in its inaugural BMA 2008. Remixes and original work requests gave Luca an international profile: he's remixed and produced for labels like Wagon Repair, Ovum, SCI+TEC, Minisketch, Saw Recordings, Viva Music, Tommy Boy, Meerestief and loads more.

West Side Story / Around The Bay