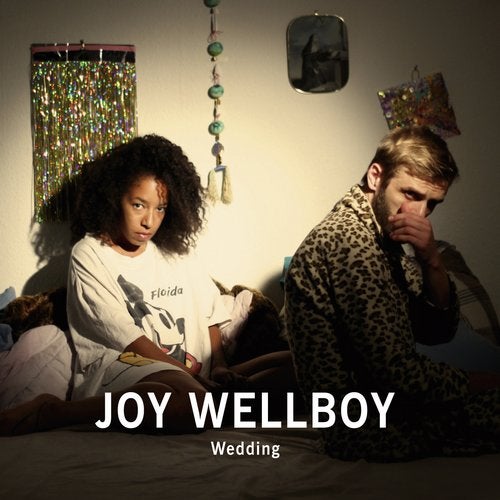 It has been sung about a hundred thousand times, or surely even more: the phantom pain of longing. But this pain has never sounded quite like it does on Painkiller Nights. So feisty and tender at the same time, with an incomparable voice that whispers and howls: My head is bursting with an amplified scream: Where are you?!This voice which almost bursts with longing and vibrates with untamed charm thats Joy: Joy Adegoke.And the hopelessly romantic baritone that can been heard dancing around her thats Wellboy: Wim Janssens. Im waiting for you, he sings. And she asks back: Why dont you come and get me? Perhaps you havent been aware of it. But youve been waiting for it. Now its coming to take you: Joy Wellboys second album, Wedding.Joy and Wim have been inseparable for years as a couple in life and art. They began making music together in 2009in their hometown of Brussels. They laid the foundations for their first album on a road trip through California. The demo versions of the songs, which were recorded with only an acoustic guitar, a microphone and a mini amplifier in the scorching heat of Death Valley, were also heard by Ellen Allien. She was thrilled, and signed Joy Wellboy to her label Bpitch Control, where the Belgian duo released their debut album Yorokobis Mantra in 2013. This was followed by extensive touring, including dates with Alt-J, Sohn, and Morcheeba, before relocating from Brussels to Berlin.Joy Wellboy produced their second album in an intimate home studio in their new city. It feels like the soundtrack for their own dream wedding. Indeed, it was even recorded in the district of Berlin called Wedding, and mixed in Freu- denhaus Studio where else? Wedding sounds as complete and varied as anyone could wish for from a pop albumin 2015: songwriting meets crooning, electro beats snuggle up with chanson, there is a love song on the dance floor (Within Another Dimension), a heartbreaking duet (The Final Still) and slow-dance ballad for eternity (Stay Here Forever More).In short: Joy Wellboy make Love On The Beat. Wim assumes the role of a born-again Serge Gainsbourg, only with more confidence than the doyen of French pop ever managed during his attempts at electric chanson. And Joy plays a Jane Birkin, in scuffed black leather jacket with a The Slits patch. One is reminded of New Wave hits, the New German Wave, of the soundtracks of French Nouvelle Vague cinema and Leonard Cohen in his First We Take Manhattan phase.For Leonard Cohen, Berlin comes after Manhattan. But Joy Wellboy have already taken the German capital. So what comes next? Its your turn.