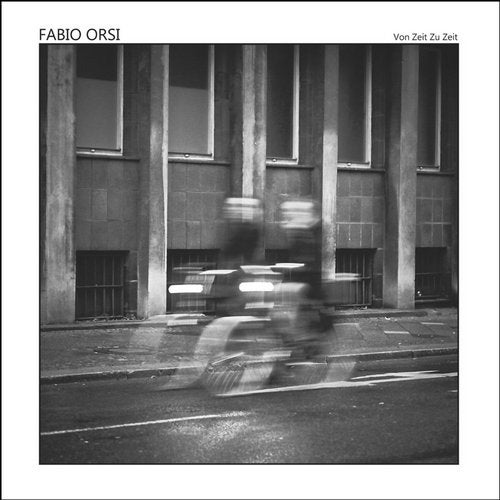 In few years of work Fabio Orsi has achieved critique and fans, imposing his name as one of the most important and representative of the whole international experimental and electronic independent scene. Backwards proudly presents his new work titled Von Zeit Zu Zeit.
This composition was recorded live in Berlin (2010) and after edited and mastered by Fabio Orsi in late 2011. Orsi plays synth, guitar and filters and, for once, he just puts aside the warmth of the melodies and the samplings from the endless Alan Lomax archives, so close to the culture of his homeland. This time, he proposes two obscure and - partly - cold tracks, comparable to the kosmische musik - as if Fabio had embraced that "Central European" humus breathed in Berlin. This cold, this early darkness turns into an oneiric remembrance, a daydream... The hovered sounds of these two compositions make the listener's mind float in the space and, mostly on the second side of the record, the music gets warmer, rarefied and ambient, with a seductive hypnotic power.