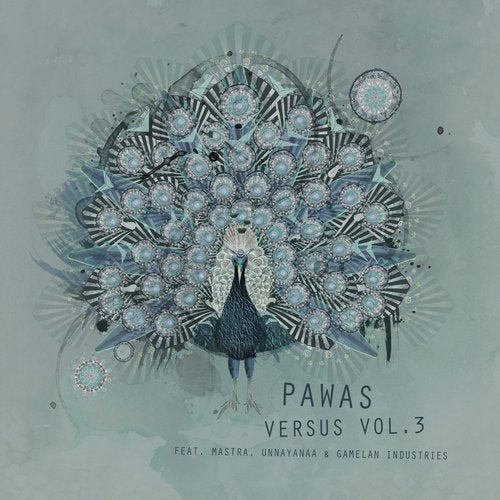 Pawas is back on Biotop with his friends, delivering a lovely 4-tracker for the third part of his Versus-series. 'Appletart' was written once again at Mastra's den in Bern. After a long day of cycling and relaxing on the Are river banks, the two friends came home and started jamming instantly. The heavy kick and deep bass groove is inspired by the serene nature, the calm yet majestic river and the smell of an appletart baking in the oven, which kept the track flowing effortlessly. The story of Pawas and Mastra continues - this time in Bangalore with a colab' called 'Plumeria'. Both were playing on the same night in different clubs of the city. The next day they met at Unnayanaa's house for delicious food and the studio set up caught Mastra's attention - especially the modular synth - thus began the session. In a very delirious state (due to the food coma), the trio decided to keep the track slow and deep just like their state of mind. Unayaana's signature key stabs and Mastra's bouncy basslines combined with Pawas' arrangement and drum programming created this slow-afro-jazzy tune. 'Coq Au Vin' is a collaboration with Pawas' long time friend Gamelan Industries who is living close to Munich, where he created the sketch on his Roland MC 505. The single tracks were recorded in Ableton and arranged in Pawas' Berlin studio. This classic house tune, inspired by the likes of Armand Van Helden and CJ Bolland will lighten up the dark hours on the dancefloor. 'Windy' is one of the last tracks done at Pawas' old studio which was located over a well known Club in Berlin. A pure jam session, which started off with the bassline from the powerful swiss made 'Bass module', followed by the 'TR 307' Drums and a trippy detroit-synth line from the minilogue. Its is not easy to collaborate with oneself, but it was worth the shot.