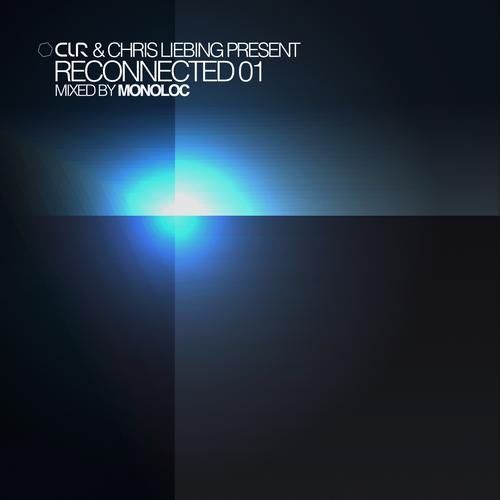 In January 2012, CLR will launch a new series of digital compilations. The first one entitled "RECONNECTED 01" will be mixed by Monoloc, a young Frankfurt based DJ-producer who has gained himself a reputation for sensitive, atmos- pherically rich Techno productions and sets. The tracklist contains some of the finest producers of our time, such as Dave Clark & Mr. Jones, Ben Klock, Marcel Dettmann, Speedy J, Ripperton, Perc, Lucy & Xhin, Brian Sanhaji, Tommy Four Seven, Black Asteroid, Surgeon, Emptyset, Terence Fixmer, Traversable Wormhole, Monoloc, DJ Emerson and Chris Liebing. Illustrious names, which raise high expectations, but Monoloc seems to find a way to combine the music of those diverse artists almost effortlessly in a haunting, generous 1 hour mix. All of the featured tracks have been released or will be released on CLR, that´s why this mix almost resembles an unofficial "best of CLR compilation".The continuous quality of the tracks, as well as the elegant order and Monoloc´s distinguished mixing skills make this sampler a very desirable work, not only for die hard Techno fans, but basically for everybody remotely interested in electronic music. "RECONNECTED 01" is the successful attempt to unite the sounds of many current top producers ina dynamic and harmonious flow. CLR and Chris Liebing are very happy with the outcome of this first issue and are looking forward to presenting you further episodes of this new format soon.