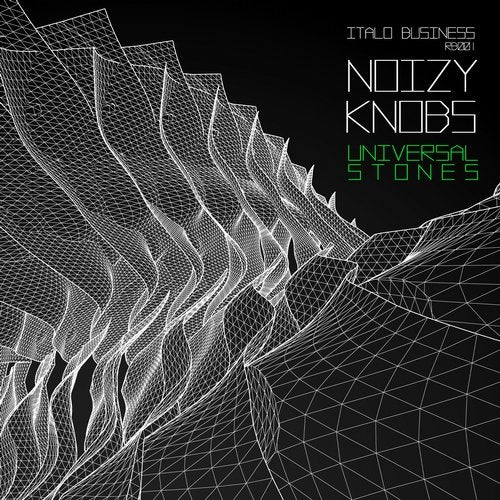 Italo Business is a label formed in the late 2005 by Dandi & Ugo and Piatto. Based in the Italian "East Coast", the Label becoming a well know electronic music pusher thanks to the support and collaboration of many international talented producers. In the last years the label released stuff from producers as Umek, Aka Aka, Kolombo, Audiojack, Hector Couto, Niereich, Tony Rhor, Audio Injection and many others from weird minimal to straight techno. This anniversary will be a a kind of reboot as the label is planning to release new music coming from young talents that will be the new headliners. The first 2015 release comes from the Italian NoizyKnobs. Noizyknobs is a Live Techno duo project started in 2012 from the collaboration of two artists who grew up in an urban setting where Baroque architecture coexists with the concept of a modern and industrialized city. A place where underground clubs live in the shadows of car factories and eighteenth century buildings. Their music displays a clear connection to the Detroit Techno scene, combining acid bass lines, melodic textures and pumping beats. In last year they've been releasing tracks with good feedbacks from Laurent Garnier, Truncate, Luis Flores, Cristian Varela, Antony Pappa, Piatto, Dandi & Ugo, Andrea Bartolini, etc.