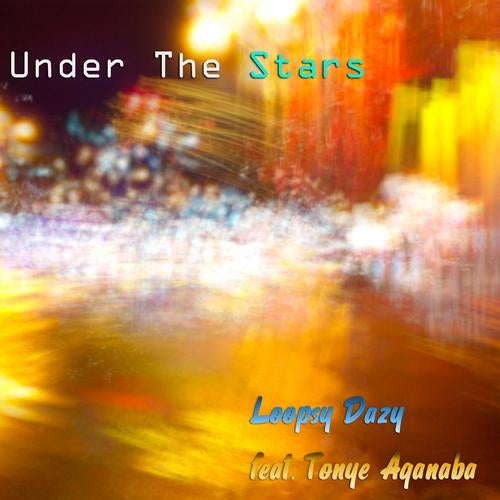 UNDER The STARS The Remixes include House, Tech, Electro, Dubstep and Progressive mixes to round out any dancefloor and Power Radio.

-Andrew Simpson Remix-
Known best for his progressive house tracks and top-40 mashups, Andrew attempted to push his own creativity further with his remix of Under The Stars. It retains the atmospheric, laid-back vibe of the original, but also fuses together elements of electro-pop, dubstep, and progressive house.

-Nagwoode Remix-
Galen Conroy aka "Nagwoode" delivers his soulful interpretation of Under The Stars. Nagwoode embellishes the smooth vocals of Tonye Aganaba with beautiful harmonies from his tenor saxophone, offering up some sonic bliss.

-Elburz & Bach Remix-
Choosing only the hardest and most stylish elements of underground dance music Elburz&Bach's take on Under the Stars creates an huge, big room blend of the grimey sounds of electro-woble integrated seamlessly with the funky, 3am techno they are known for.

-Push303 Remix-
With rolling basslines under punchy beats and a spacious breakdown, Push303's remix of Under The Stars delivers a huge tune for serious late night dance floors.

Loopsy Dazy is a collective of musicians led by U.S. born, Japan raised multi-instrumentalist and producer Mikey Dorje who now lives in Canada. The bands debut release was two official remixes of the BT track The Ghost In You from his Grammy nominated album These Hopeful Machines (Nettwerk / Black Hole Records).

Tonye Aganaba is a dynamic and sultry singer-songwriter born in the United Kingdom, and raised later in Canada. Now based in beautiful Vancouver B.C, she has lent her voice to an ever increasing collection of music spanning all genres: Most recently, she gained notoriety within the electronic world following her #1 Dubstep track [Beatport] - " So Good" with Vancouver super producer 'Hirshee.'

Under The Stars (The Remixes)