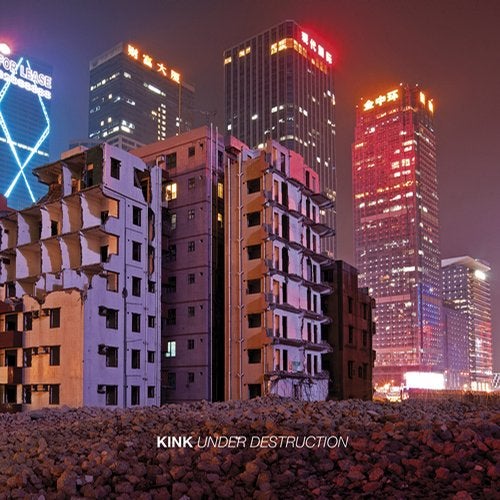 Lenin said: Communism is Soviet power + electrification of the whole country. Hardly did Lenin suspect what an inspired take on these words could do: post-socialist techno. A child of 80s late socialism, KiNK grew up on the home computers Bulgarias IT scientists had created by backwards-engineering Western technology. Fueled by nuclear energy on the edge of disaster, a whole generation of kids was trained to hack. Dance music gradually dripping in through early dial-up internet connections, the acoustic fingerprints of distant parties put Eastern producers from KiNK to Nina Kraviz to Vakula under a spell.

Yet KiNK spent years of backwards-engineering the sounds of Detroit, Chicago and early Warp. Tweaking whatever software was available, he learned all the sideways possibilities of hacking into the sonics of analog classics with the beauty of digital degradation: alias noise, bit crush, noisy FFT grains his one-of-a-kind results electrifies dance floors all over the world ever since.

Now, all the elements of KiNK's live sets have been bundled like a laser beam in his debut album: Under Destruction was manufactured in the concrete tower blocks of Sofia. The albums core has been recorded in dozens of analog jam sessions capturing the moment of a sparking imagination just like KiNK's live sets, but then transformed in deep data penetration. The rough and the refined united in disturbing balance, from distorted tenderness up to club bangers such as Sintezator and Melodia. A beauty in decay, just like Sofias concrete slab housings synths rising from the ashes. This album tells the story of KiNK's sound the one that sparks the love everywhere he visits.