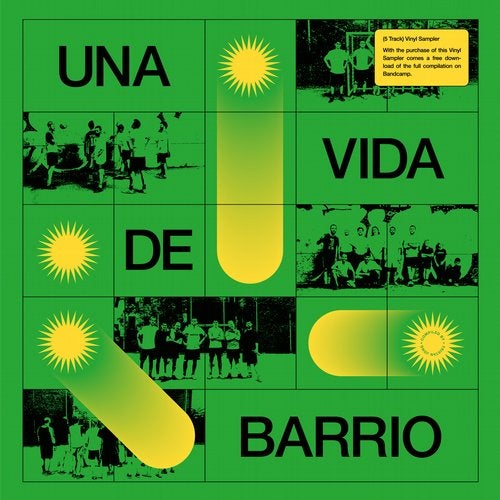 Around six years ago, a bunch of djs, musicians and music lovers started gathering for weekly five-a-side football matches on a small, run-down pitch in Kreuzberg 61. Because much like music, football brings people together, wherever they are from. This collection has been a long time coming and collects tracks by players from seven different nationalities, all based in Berlin, united by both their love of the beautiful game as well as their passion for electronic club music.
Just in time to soundtrack the upcoming Euro 2020 Cup, 11 tracks are on offer here (what did you expect?), each one dedicated to the composer's football hero - a tribute to their unique skill and the beautiful moments they've brought us on the pitch. As such, the tracklist forms an all-star fantasy "Mannschaft".

Compiled by player-coach Tristan Jong (aka Gratts) and made possible thanks to Markus Lindner (aka Delfonic), the package lives on the grass pitch between corner flags techno, deep house, disco and broken beats. It features music by established underground artists like Venezualan digger Trujillo, We Play House Recordings stalwart Harry Baldi or Juliano as well as debuts from the likes of Nemorna, James Martin and plenty more indeed. Five of the tracks are pressed loud onto vinyl as a club sampler - including full artwork comprising of some of the team pictures taken throughout the year - to the complete 11 track package.

"Una Vida De Barrio", then? That's what the graffiti on the wall of the football cage says. Sometimes you don't need to look for a title, it finds you.