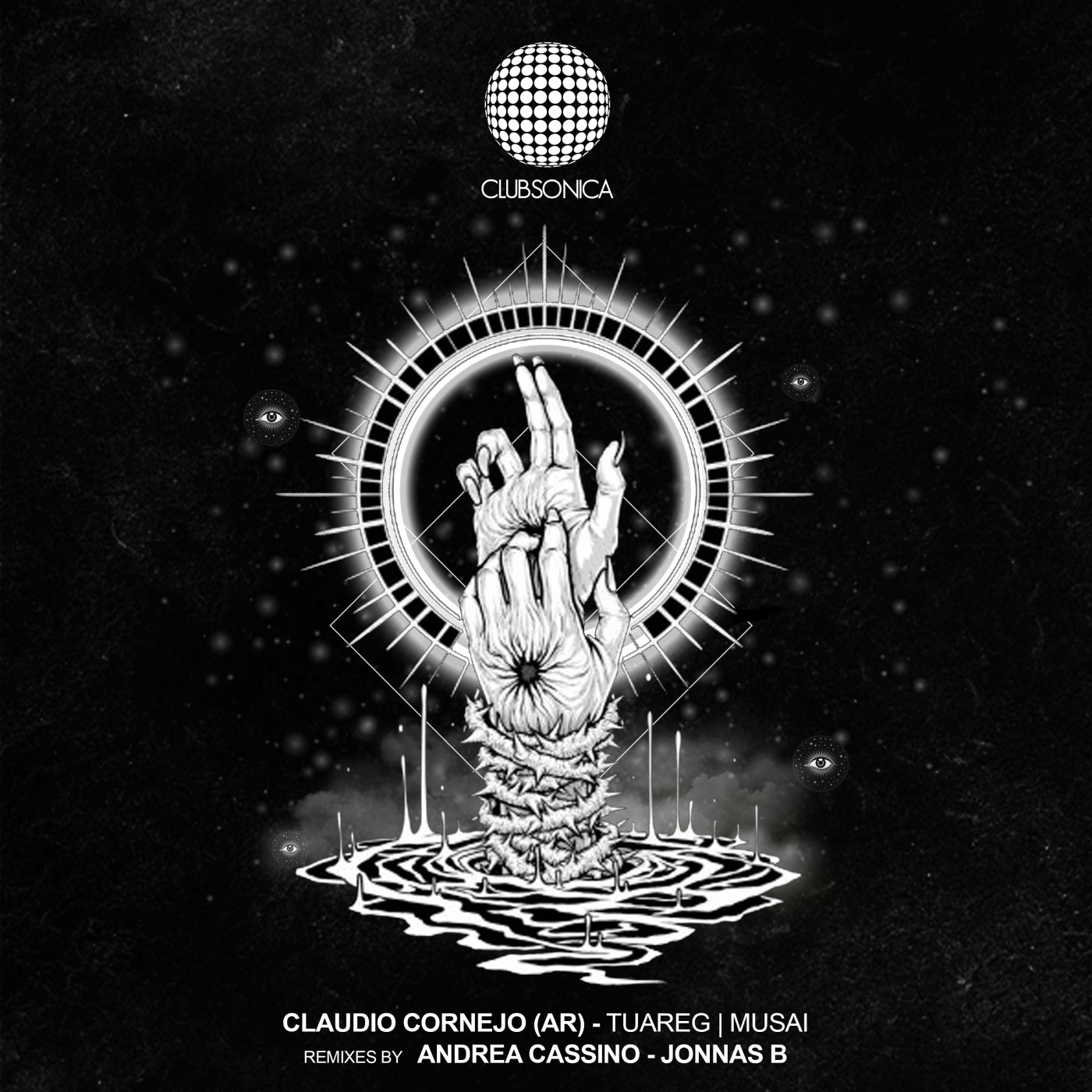 Hype
The latest release from Clubsonica Records welcomes Claudio Cornejo back to the label for a new EP. The Argentinean artist has been one of his country's brightest progressive music talents. Either operating in solo capacity or as one half of Analog Jungs, the Cordoba resident has long been a favourite of progressive music tastemakers Hernan Cattaneo and Nick Warren, while also landing releases on Beat Boutique, Droid9, Or Two Strangers and The Soundgarden. Having first appeared on Clubsonica as part of Analog Jungs in March of last year, Claudio now returns to the label for his first solo offering 'Tuareg | Musai', alongside remixes from Andrea Cassino and Jonnas B.

Beginning with the pulsating hypno grooves of 'Tuareg', Claudio marries fluid rhythms with clustered melodies and radiant atmospheres. Evolving percussive arrangements and charming effects add nicely to its mediative pulse, before shifting energy into a captivating break. Understated in nature, the centrepiece delights with shimmering arrays and gentle percussive splashes, perfectly complementing emerging swells as the groove drops for a charged finale. The companion piece 'Musai' proves to be a perfect complement with its thrilling groove and emotive lines. Luminous fragments and devilish stabs dance amidst a maze of driving percussion, while impassioned chord changes elevate mood as the main break approaches. Tense and meditative in equal measure, the interlude saturates your senses with an evolving arp taking centrestage, perfectly anchored by warm bass swells, before reaching a gentle crescendo and driving final movement.

Making his label debut and providing the lone interpretation of 'Tuareg' is Andrea Cassino.
The Italian born, Argentina based producer has been a fixture of the progressive house underground for well over a decade. Beginning with his highly regarded Cassino and Laben project and eventually shifting to his solo work in 2009, Andrea lays claim to an impressive discography highlighted by releases on Sudbeat Music (as Nocturna w/ Danny Lloyd), Balkan Connection, meanwhile, Proton Music and Soundteller Records. The world's top tastemakers have also noted the Italian's production prowess with John Digweed, Hernan Cattaneo, Nick Warren and Guy J all chiming in with support. Now presenting his first project of 2021, Andrea debuts on Clubsonica with a smooth rendition of 'Tuareg'. Engaging from the outset, momentous kicks and rhythmic pulses converge for a fluid foundation, while hypnotic percussion and swirling sonics bring texture to the groove. Building an emotive narrative across the first act, nostalgic melodies and hazy harmonics unite for impassioned moments. Sitting at the heart of the journey, the centrepiece delights with its timeless appeal, where billowing bass swells rise amidst a cloud of colourful effects, as the beats drop for a haunting finale.

Returning to the label and providing the lone interpretation of 'Musai' is Jonnas B. A staple of Colombia's progressive underground for the better part of a decade, the Medellin resident has earned play and support from the world's biggest DJs, most notably Hernan Cattaneo and Nick Warren, while landing releases on Balkan Connection, Dreamers, Nature Rec and Strangers Beats. A familiar face to Clubsonica fans having provided five remixes for the label since making his debut in 2015, Jonnas now returns to the Colombian imprint with a powerful interpretation of 'Musai'. Taking a cue from the original Jonnas crafts a shapely groove and rolling rhythmic core. Gaining momentum across the first act, the piece flows through emotive chord changes and whimsical arps, before shifting energy into a haunting break. Otherworldly in nature, its hypnotic state of mind melts down into a wave of mallet-like cascades and cinematic swells, percolating with each successive loop, before a timely drop reveals the pulsating groove for a magical dance floor moment. An inspired remix from Jonnas which rounds out a stunning return to Clubsonica for Claudio Cornejo, an artist who continues to be one of Argentina's finest progressive music talents.