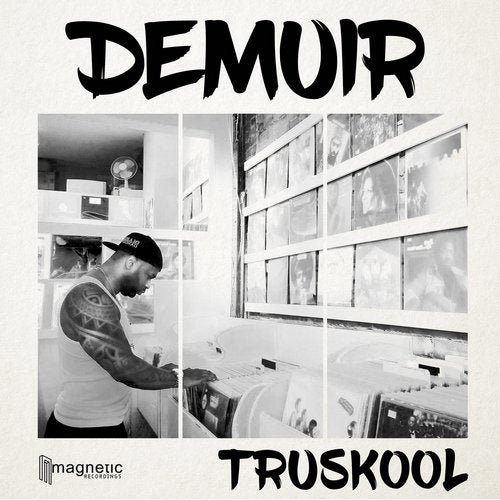 Toronto's Demuir is without a doubt one of the freshest and most industrious House Music producers to arrive on the scene in recent years. His efforts to trawl through endless vinyl pieces to find that perfect sample to grace his cutting edge slabs of Houseology, along with his studio videos of 'work in progress', have captured imaginations and inspired the masses, making him one of the most sought after producers of the moment. Demuir has built a strong relationship with DJ Sneak, releasing tracks previously on I'm A House Gangster. So keeping it in the family, he gets set to unleash his new labour of love, 'TruSkool' album on IAHG's acclaimed sister label Magnetic Recordings. Crammed with a melting pot of fused genres, 'TruSkool' is timeless and journeys between the Jackin', Soulful and Jazzy, to sublime Techno, Disco and Tech House and even a Samba jam thrown in... And you can bet when it comes to the science of cross pollenating music, Demuir sure knows how to kick it 'TruSkool'! "TruSkool is about collapsing the whole Old School and New School debate to realize progression in our music. So many of us fall victim to categories and doing things because one group has a bigger weight of opinion on a moment of time. My art is to express timeless and progressive energy, which can only be attained with an openness to listen, learn, and breathe in from the old to the new." - Demuir Offering a refreshing antidote to some of the current trends of sombre sounds, 'TruSkool' brings something cheerful and uplifting for our ears. There is a jam for one and all to savour, be it the feel-good Jazzy vibes '2.5 Bars - It Work Tho (Innovate)', 'Aesthetics' and 'Lady In Fishnets', to the Disco jazzy house grooves of It's My Turn' and 'Mi Nah Chase Pum Pum' to the infectiously funky 'Need To Learn - Ol To The Nu (Outro)'. Demuir cranks up thermostat with the Techier edged afrocentric vibes of 'Call Of Da Sound', the Jackin' Latin spiced 'No Corazon. No Beat', the driving, techy acid wobble of 'Coward In Aries' and the fiery Samba joint 'Bichano Doce', on which Demuir flexes his own playing skills! Closing out this superb album are a selection of 4 tasty DJ dubs for those who like to surrender to pure dance floor heat. "I wanted to ensure that I had a bit more Tech House and Techno presence on this album, but I did not want to follow the current formula and prescribed definition. I went with my influences and heart to lay down something fresh in that regard." - Demuir Awarded Traxsource.com's #1 Jacking House Producer of 2015, Demuir's eclectic house sound exudes funky, sexy and soulful beats that are consistently recognized and sought by artists and dance music fans around the world. Hailing from Toronto, Canada, Demuir started off as a child playing around on his Dad's Hammond B3 organ, before beginning to play music seriously at the age of 16, with skills covering the keys, bass guitar, drums and percussion instruments. He first fell in love with house music after hearing Derrick May's 'Strings Of Life' and seeing May, DJ Sneak, and Mark Farina at Industry nightclub. Demuir has had releases on IAHG (I'm A House Gangster), Classic Music Company, Guesthouse Music, King Street Sounds, Great Lakes Audio (GLA) and Henry Street Music, garnering support from heavyweights including Mark Farina, Derrick Carter, DJ Sneak, Cassy, Todd Terry, Kenny Dope, Darius Syrossian, Sasha and Kevin Saunderson, among others. Demuir's musical output shows no signs of slowing down, there's some of his most high-profile releases still to come this year, including the launch of his new 'TruSkool' album on Magnetic Recordings.