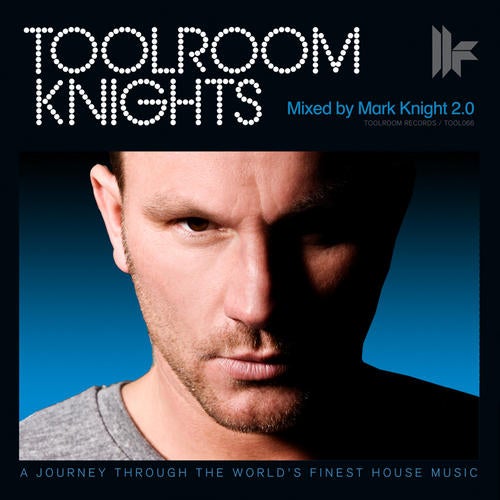 The embodiment of the modern DJ, Mark Knight’s legacy already ranks him as a leading player in dance music culture’s evolution into the digital age. His high octane DJ sets have caused dance floor carnage in every corner of the world, whilst his original productions and slick remixes make his studio skills the most in-demand and sought after in the business. Yet, Mark Knight’s rise to number 42 in the DJ Mag Top 100 Poll (2008) has been more than just gigs and remixes. Not content with the status quo and outdated DJ ideas and methods, he created his own workshop for 21st century dance musicians, Toolroom Records, and with it a new way of thinking. Established in 2004, the Toolroom imprint has developed into an uncontrollable beast, forging an insatiable, genre busting sound, reaching the milestone of 100 releases in 2009 with none other than Faithless as new label artists. All this on the back of 2008’s record breaking, award winning anthem ‘Man with the Red Face’, a remake, with label buddy Funkagenda, of the Laurent Garnier classic. Since 2006 ‘Toolroom Knights’ has provided the most visible, and hedonistic, face of Mark’s increasing popular clubbing brand, with concept led events in the world’s premier arenas from Cocoon (Frankfurt) to Space (Miami). It is testament to the popularity of Mark Knight the DJ that after a summer residency at Amnesia Ibiza in 2008, he currently holds court bimonthly at Ministry of Sound (London), the spiritual home of Toolroom Knights, as well as having recently confirmed new residencies at Pacha (New York) and Vanguard (Los Angeles). Pushing new boundaries and blurring the lines between DJ and producer, Mark’s second Toolroom Knights compilation boasts a mass of exclusive tracks written specifically for the compilation, alongside tones of unreleased tracks by label favourites Tiger Stripes, Mark Mendes and D-Formation. Single exclusives for the compilation include Mark’s new offerings ‘Mannheim’ & ‘Club Politics’, Funkagenda’s sublime ‘Do Geese See God’, ‘What’s Occurring’ by ‘Leaders’ Adam S, an exclusive remix of Funkagenda’s ‘Breakwater’ courtesy of Dataworx and a spanking new remix of the Leftfield classic ‘Phat Planet’ by Mark Knight & Funkagenda, all exclusively available for the first time. Just when you think you know an artist, they creep up on you with something a little out of the ordinary and leave you scratching your head. Then you have Toolroom Knights Mixed by Mark Knight 2.0, which is less about stealth and rather a full on frontal attack that will hammer through any previous boundaries you may have created for the Toolroom Records chief. The result isn’t head scratching either, but more likely to be burst ear drums and sore dancing feet, as we’re treated to a genre-busting feast of electronic music that refuses to be pigeonholed and is sourced from the deepest and most obscure corners of Mark’s own personal Toolroom. CD1 begins with the sweet summery vibes of ‘Break Up’ by Sasse before inspiring your groove hormones with the infectious horns of ‘Parklife’ and the contagious beats of Audiofly’s ‘1999’. Then Mark’s first appearance, as remixer on ‘Save Us’, shifts gear and propels the mix to peak time tech house, quickly followed by a series of exclusive tracks recorded especially for this compilation. Adam S provides the twisted military funk, next Mr. Knight returns with the gushing warmth of ‘Mannheim’, a tribute to the city all about the groove, and then ‘Club Politics’, Mark’s ode to the aspects of clubland we could all do without. By now we’ve blown 2 speakers and the ice cannon has run dry, but the cavalry arrives in a sequence of climaxing minimal tech before the monstrous ‘Phat Planet’, revisited by Mark and Toolroom buddy Funkagenda, keeps us sprinting to the finish line of a frenzied mix representing the full breadth of the dance music spectrum. Straight into CD2, we enter deep house territory, courtesy of Soul Minority, and the yet to be released bliss of ‘Lisbon Sunrise’ by S Groove. Then, more exclusives from Funkagenda, in the form of relentless atmospheric techer ‘Do Geese See God’ and the more classic Toolroom sounding power of ‘Breakwater’, sharpen the tension and reveal the dark side of Toolroom Knights. There is industrial techno throb - Tiger Stripes style - and pulsating loops from Bedrock boys, Digweed and Muir, as well as yet another unseen track, this time D-Formation’s melodic anthem ‘Signs and Portents 09’. Somewhat fittingly, the finale sees the mighty Faithless with ‘Music Matters’, Toolroom Record’s 100th release in fact, and Mark Knight himself on typical stellar remix duty. Toolroom Knights Mixed by Mark Knight 2.0 is a challenge to your senses, it’ll make you soar on a seemingly endless rhythm before dropping you into a pool of drowning electronic tech and then teasing to rescue you with an elusive crescendo. More than anything though, it is a challenge to anyone who thinks they know Mark Knight and Toolroom, to well and truly think again. Enjoy! CD1 1. Sasse - Break Up 2. Ragga Fonda – Libell 3. Andre Crom & Luca Doobie – Parklife 4. Audiofly – 1999 5. Black Science Orchestra - Save Us (Mark Knight’s Rulin’ Mix) 6. Saeed Younan – Kumbalha 7. Adam S - What’s Occurring 8. Mark Knight – Mannheim Hedgetrimerz - Do You Feel It (Acapella) 9. Mark Knight Feat. Dan Diamond - Club Politics 10. Matteo DiMarr – Addicted 11. Mark Mendes & Mike Jacinto – Relic 12. Kalva & Paul Thomas – Rizer 13. Richard Dinsdale & D-Unity - Monday Evils 14. Leftfield - Phat Planet (Mark Knight & Funkagenda Remix) CD2 1. Soul Minority - A Soul Thing 2. Matt Masters - Deep Or What (Milton Jackson Remix) 3. S Groove - Lisbon Sunrise 4. Funkagenda - Do Geese See God 5. Workidz & Randall - Delta 51 6. Funkagenda - Breakwater (Dataworx Code Mix) 7. Alan Fitzpatrick – Amsterdam Foremost Poets - Moonraker (Acapella) 8. Ismael Rivas & Luis Damora - Black State (Steve Nocerino Remix) 9. Tiger Stripes – Heat 10. John Digweed & Nick Muir - Aquatonic (Alan Fitzpatrick Remix) X-Press 2 - Smoke Machine (Acapella) 11. Wolfgang Gartner & Francis Preve - Yin 12. D-Formation - Signs & Portents 09 (Original Rework Part 1) 13. Faithless - Music Matters Feat. Cass Fox (Mark Knight Remix)