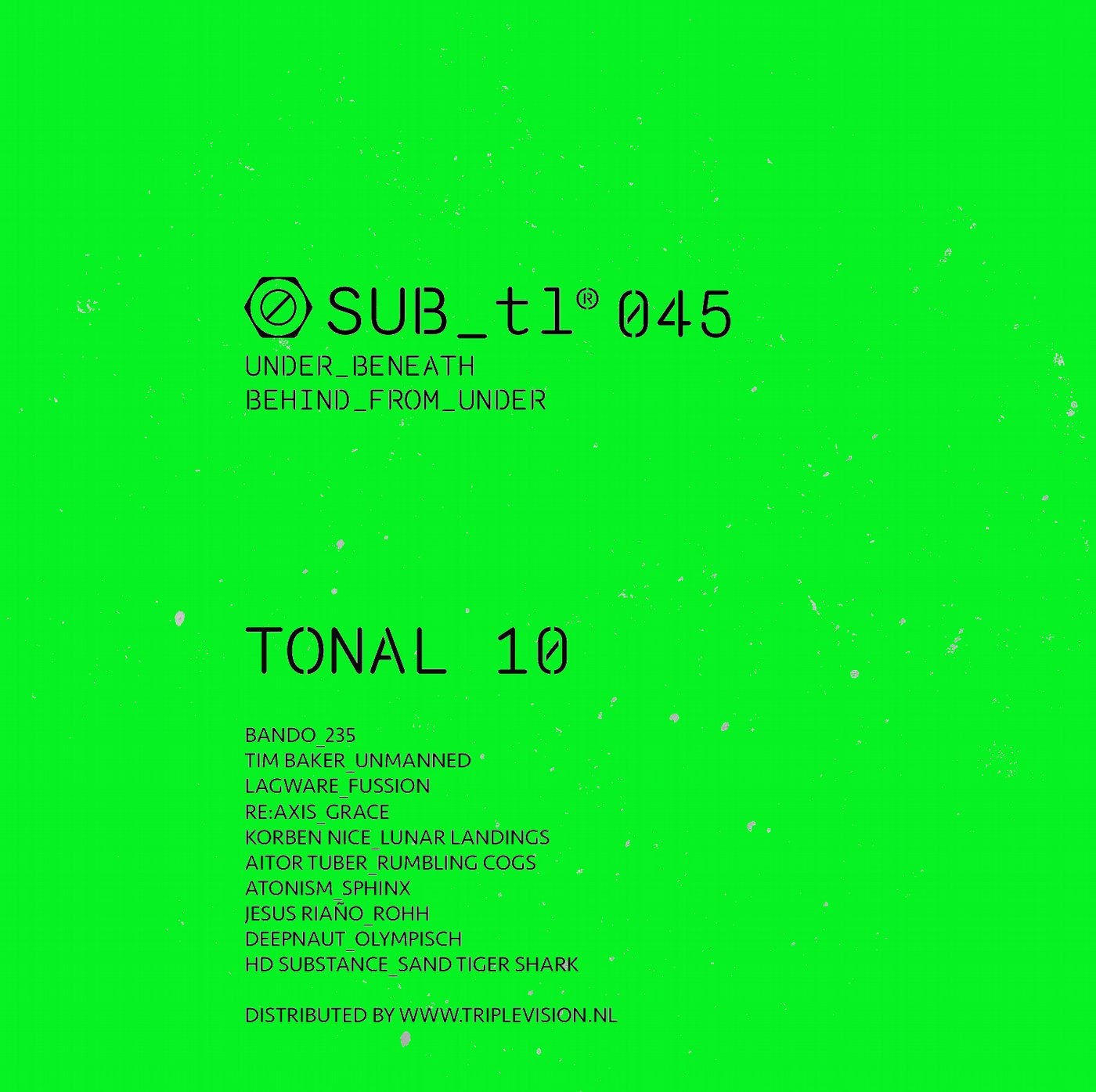 Looks like it was yesterday but here we are ...four years after starting our path, we are happy to introduce you our volume number 10 in the Tonal series. As always, a new breed of artists alongside well known veterans share this varied release.

Bando, one of our 90's heroes back in shape.
Tim Baker, Detroit techno founder, providing raw hardware beats cooked in his Chicago Studio.
Lagware, new in our team, deep techno cooker.
Re:Axis. portuguese legend providing the bleeps.
Korben Nice, one from the family, in an emotional track this time.
Aitor Tuber, another new addition to our roster, precise and detailed producer.
Atonism, new in the house too, futuristic groove maker.
Jesus Riano, good friend, hard to get stuff from him, but when he does is magic.
Deepnaut_giving us the spice with this 90's flavoured trancy number.
Hd Substance_Going harsh and rude to close the collection.

Mastered by Alan Lockwood at The Room, The Bass Valley Studios Barcelona.
alan@thebassvalley.com