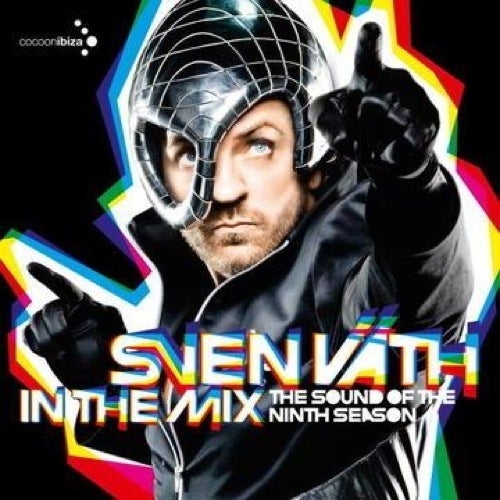 Sven Väth's "Sound Of The Ninth Season" is a musical trip trough the year 2008. At the same time, it is an opportunity to let your present activities retreat from you for a moment. Listening to the mesmerizing grooves, you might browse through the memories of the year that be will be over soon. What were its special moments? What did you do that is not conceivable at any other moment of your life? It might be a trip, a relationship, a party. It might be a phrase someone said, a joke, a glance, a kiss - or a phrase in a track you danced to at a party. Rarely electronic music manages to blend the personal and the public so perfectly: "The Sound Of The Ninth Season" is a compendium of the club music of 2008, at the same time its very personal statement. There are moments when every cell in your body is about to erupt, and there are quiet and emotional passages. With "The Sound Of The Ninth Season", Sven Väth passes his special musical message to everybody on this planet who is willing to celebrate what is exciting and fascinating about life. Simultaneously, its a private statement about what is important to him artistically and socially. It is a testimony about the essentials of club music as well as it is a statement on friendship, love and intimacy. The two sets could not be more different. The first CD "Disco" is a techno hurricane, which collects the most energetic moments of 2008. It is the most post powerful and immediate vision of the year that you can image. The key note of the set is a track by Vancouver's dance music maverick Mathew Jonson. The "Symphony For The Apocalypse" combines a sense of yearning with the most outgoing and ecstatic hook line you can image. Another very special step in Väth's journey is a tribal track by Ahmet Sisman, which ties acoustic percussions to a voluminous techno groove. This track merges into the most enigmatic and mysterious track having been released on Cocoon Recordings this year: "Subtellite" by Timo Maas. Being a complex montage of countless textures and layers, it forms an overwhelming wall of sound. Yet the climax of this set might be another very special track, "Mismoplastico" by Virtualmismo. The track was originally released in 1992. Blending the sound of organ with the sound of a siren, its hook line its the most surprising and startling thing that could happen after a smart and elegant track by Dubfire. Although there have been a couple of mind-blowing club hits during 2008, it was not the year of explosive peaktime anthems. More likely, it was a year of subtle deep house grooves and quiet research in the textures and landscapes of electronic sounds. Taking these developments into account, the second set is a labyrinth of tender grooves and sweet and strange sounds. Anthony Collins is letting us drift into snatches of distant voices. Kollektiv Turmstrasse's deep orchestral arrangements even sound a bit like sacred music. SIS seduces the crowd with his suggestive minimal grooves. With his straight, percussive beats, Quenum grasps the dancers firmer. His grip dissolves in a flawless classical house groove by Reboot. With tracks by Sven Tasnadi, Pigon and Microworld the set takes a side trip to contemporary Detroit Techno. Finally, Prins Thomas takes us back to the madness where it all began two and a half hours earlier. House and Techno are basics of Väths musical philosophy. The fragile difference between these two elementary directions of club music continues to be the motor of his sets. Väth's life long journey through electronic music continues and it brings us an excess of excitement, empathy, madness and beauty. Tracklisting CD 1 - Disco 1. Mathew Jonson - Symphony For The Apocalypse 2. Styro 2000 - Liver Donor (Bang Goes Remix) 3. Sasha - The Mongoose 4. Ahmet Sisman - Buiya 5. Timo Maas - Subtellite 6. Alex Flatner - Perfect Circles 7. Radio Slave - Grindhouse (Dubfire Terror Planet Remix) 8. Virtualmismo - Mismoplastico 9. Smith & Selway - Total Departure (Cirez D Remix) 10. Väth vs Flügel - Trashbindance Tracklisting CD 2 - Invaders 1. Anthony Collins - Reeves 2. Kollektiv Turmstrasse - Herz Aus Holz Mix 3. SIS - Orgsa 4. Johnny D - Orbitalife 5. Quenum - Vault Element 6. Reboot - Vandong 7. Sven Tasnadi - Waiting For You Again 8. Pigon - Promises 9. Microworld - This Is My Friend (Disco Version) 10. Robert Babicz - Dark Flower (Joris Voorn Magnolia Mix) 11. Luke Solomon - Spirits (Prins Thomas Disko-tek Miks)